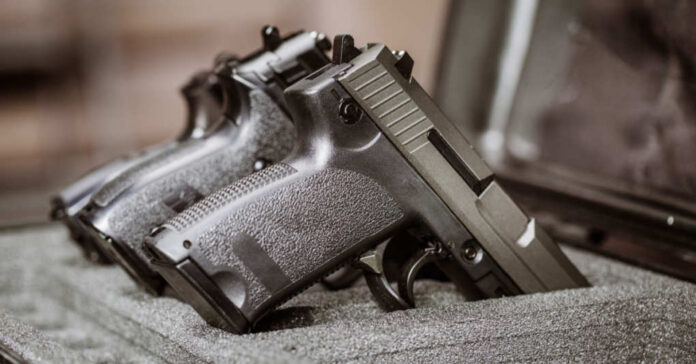 Military suicides continue to be a problem year after year. While the military provides counseling, it often isn’t enough – especially when many veterans suffer from anxiety, depression, and PTSD.

New studies show that there could be a lack of firearms safety training that is leading to the high suicide rates.

Wait, don’t veterans have all of the firearms training that they need? Oh, sure. They know how to shoot a gun. But there’s more to the training than that. Sometimes, having a gun too close to them when their anxiety hits could be enough to get them to pull the trigger – and that’s where the real problem lies.

A VA inspector general report outlined a number of problems. As reported by Military Times, some of the problems include “clinicians not completing training on firearms safety, clinicians not using the training in appointments with patients, and administrators not reinforcing the importance of the issue with follow-up training and guidance.”

A significant number of veteran suicides are firearms related. If the access to firearms diminishes, it reduces the risks of suicide.
The report identifies that there needs to be sufficient safety planning conducted within suicide risk assessments. Veterans need to learn about firearms access and safe storage.

The report goes on to explain, “Failure to adequately assess firearms access and discuss safe storage of firearms may contribute to a failure to promote distance between the patient and access to firearms as a means of suicide.”

Veterans are more likely to use firearms in a suicide attempt than civilians who have no military background. The reason is simple – it’s a tool that they’ve already been trained on. Additionally, many veterans have firearms in their homes because they feel safer with them. They may be used to stop a burglar as well as used for hunting and gun-based hobbies such as skeet shooting.

If a veteran isn’t storing their gun properly, they can access it without much thought. The moment that they experience a suicidal thought, they can have the gun in hand and pull the trigger before they can obtain counseling or have a moment to think about whether they actually want to take action.

There’s a bigger problem, too. All of the clinicians who work for VA medical centers are supposed to go through suicide risk training. This way, they have the means to identify the probability of a veteran committing suicide. However, the inspector general report showed that approximately 10% of the staff did not finish the training that relates to gun safety issues.

And even those who did complete the training, approximately 19% fail to ask patients about their access to firearms when establishing a safety plan for their care.

The talk of firearm safety is controversial. Some conservative lawmakers believe that even discussing safe storage and gun locks infringe upon Second Amendment rights. However, many gun carry classes will talk about storage and locks as a way to provide three steps from the time of deciding to use the gun and actually having the ability to pull the trigger.

Some patients won’t disclose whether they have access to firearms or not, even when they are blatantly asked. And the inspector general report acknowledges this by saying that it is often the “mistrust of authority” that prevents veterans from identifying such access.

Suicide prevention methods are out there, but the numbers are still on the rise. There are plenty of reasons why, so it’s critical to connect those struggling with the help that they need. The Veteran Crisis hotline at 1-800-273-8255 is always open.