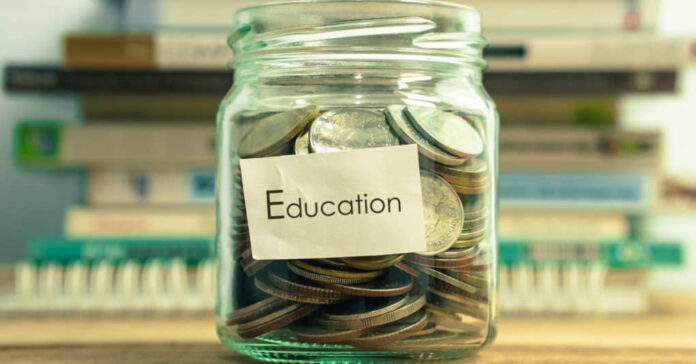 If you haven’t figured it out by now, some states are clearly more interested in being woke than being safe or even just.

Take New York, for instance, where schools have just been ordered to drop all names, logos, etc., that even remotely resemble or are tied to Native American heritage. If they don’t, those schools will be stripped of state funding – and the use of school officers.

This is all compliments of New York State Education Department Senior Deputy Commissioner James Baldwin. On Tuesday, this apparently very woke individual wrote a letter mandating that all schools and school districts promptly remove everything associated with Native Americans or Native American heritage. This must be done by the end of the current 2022/2023 school year.

According to Baldwin, such images and names violate the “Dignity for All Students Act,” a measure that was put in place to discourage and fight against discrimination and harassment in schools.

Additionally, Baldwin claims that Native American-themed anything in schools has a negative impact on Native students. Apparently, a study was conducted, which Baldwin cites, stating that such native influences in schools would reinforce “stereotyping and prejudice among non-Native persons.” The study is a bit obscure, though.

And while it might not be enough to convince you or me, you know right-minded people, it apparently hooked Baldwin completely. Enough so that should any school not be willing to comply with his wishes in the time frame mentioned above, there will be rather severe consequences.

State funding will be pulled immediately.

Now, as you can imagine, this could be extremely detrimental to schools for a number of reasons. I mean, where do you think teachers and staffing salaries come from? Or resources for new equipment, maintenance, and teaching materials?

Additionally, it is noted that this funding, or the lack thereof, would result in the loss of “school officers” on the grounds of non-compliant schools.

In places like New York City, this is particularly damaging, as NYC has one of the nation’s largest and increasingly violent school districts.

Naturally, the mere presence, let alone tasks of a school officer, can greatly impact maintaining safety for students and staff alike. In fact, in the Big Apple, the presence of school safety officers has been a requirement since 1998.

It is also noted that school safety has already taken quite a hit in the last few years.

As Gregory Floyd, a Teamsters Local 237 president and representative of school safety agents in New York, told CBS News, there’s been a “dramatic drop in personnel” thanks to first the ‘defund the police’ movement and then vaccine mandates in the state. Floyd pointed out that some 1,200 agents have retired in the last year or so, and none of them have been replaced. Neither has another 600 agents who can no longer work because they refused the COVID vaccine.

“This results in violence not being prevented” at NYC schools already.

And now, the state’s DOE is threatening to take all school officers – and for something as ridiculous as having an “Indian,” tomahawk, or feathers in a name or mascot.

It’s absolutely maddening. And it’s proof that those like Baldwin don’t care about your students or kids, at least not their safety. What he does care about is ensuring that social identity is held intact and that all are accepted and included.

Let me tell you something, what do you think erasing the Native Americans from society does to Native individuals? Do you think it makes them feel more accepted and included? No, it tells them that they are exactly the opposite and that they must become something else to be included.

It’s also why crimes against Native Americans are pretty much ignored across the US as a whole – because no one ever sees them as someone or something to be respected and honored. Instead, they are something to be canceled and erased.

And thanks to those like Baldwin, that idea is only being spread – to the detriment of our children.

New York parents would be wise to consider alternative education if this is the direction the state’s school system is going. Either that or move to a state where woke is not the norm.