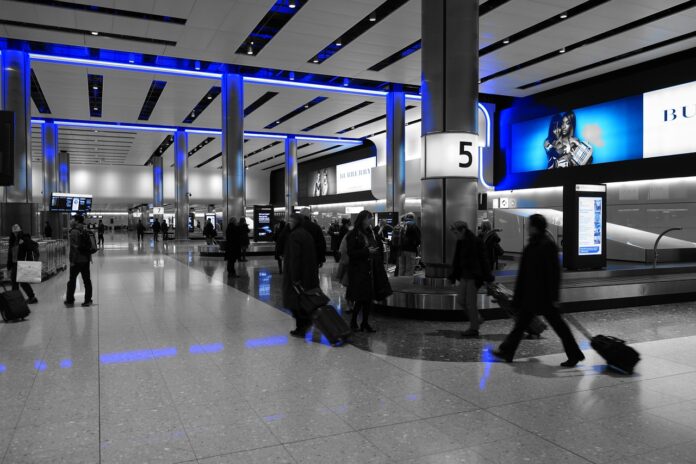 If you remember correctly, face mask mandates were supposed to be a temporary thing. From the get-go, we were told that as case numbers went down and the possibility of a viable vaccine went up, the regulations surrounding when and when not mask up, as well as social distance, would relax.

And we believed that to be true, thinking our government was actually trying to keep us safe and do what was best for us. Perhaps it was, for a short time.

However, as time has gone on and positive COVID-19 cases dropping significantly in recent months, as well as the introduction of several safe and working vaccines, we’ve begun to understand that’s not the case anymore. Instead, at least for the current administration, it seems to be one more way the federal government is seeking to control us.

And nowhere is that more evident than in the realm of public transportation.

Here, Transportation Security Administration or TSA officials have just extended mask mandates for another four months. Initially, the order requiring all passengers age two and up to wear face masks on buses, trains, airplanes, and any other form of public transportation was supposed to end on May 11.

However, due to the Biden Administration’s insistence that masks should still be required, that mandate has now been extended to Sept. 13.

And as one security operations administration for TSA, Darby LaJoye, explains, mask violations in airports and such are to be treated the “same way” an illegal weapon found in security is.

As LaJoye told Just the News on Wednesday, “We’ve talked very broadly about the number of firearms and prohibited items, we approach it (mask violations) the same way.”

He continued saying, “If what begins as a simple reminder for someone to wear a mask escalates to a security incident or an assault on a TSA employee or member of the flight crew, each and every one of those is going to be investigated. Many result in arrest and potential civil and criminal penalties that can result in thousands of dollars in fines.”

As for why the agency has been so strict on the matter, regardless of vaccination status, LaJoye says it’s a simple matter of following the current federal government’s guidelines.

“The message from the federal government has been pretty clear in encouraging everyone to go get vaccinate, but just to alleviate any potential confusion, it is a federal mask mandate irrespective of one’s vaccination status, or state or local ordinances.”

LaJoye reiterates, “It is a federal requirement to wear a mask on all forms of public transportation.”

And yet, the rule only really seems to apply to those not under Biden’s direct influence.

In March, Kerry was photographed without a mask while on a public airline flight from Boston to Washington D.C. And before you ask, no, he was not eating or drinking.

Instead, as Neil McCabe of The Tennessee Star pointed out, Kerry “took off his mask as he settled into a book in his first-class seat.” McCabe continued, saying, “He was not eating, nor drinking. He was simply flaunting Biden’s mandatory mask policy.”

You know, the same mask policy that requires Biden to wear a mask while walking alone in a vast cemetery for the perfect photo shot but not when speaking indoors to former presidents in their 90s.

This is also the same mandate that Dr. Anthony Fauci loves to go on and on about. And yet, the moment the camera goes off so does the mask.

And don’t even get me started on the 27,000 some odd unmasked, unvaccinated, and even untested illegal migrants Biden as allowed to fly all over the nation, dropping them off in communities near you for safe passage.

But as TSA implied in a recent news release, they, as well as the current administration, have put too much effort and funding into changing procedures and airport security guidelines to simply lift the mandate and let us go back to normal. Besides, that would mean part of their control over us would also be gone.