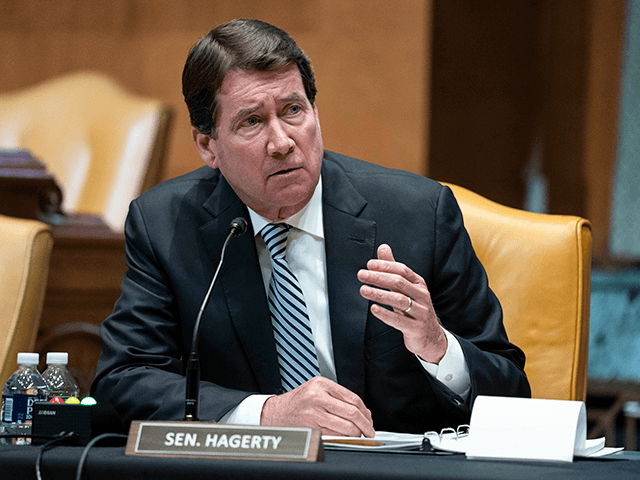 During an interview aired on Friday’s edition of the Fox Business Network’s “Maria Bartiromo’s Wall Street,” Sen. Bill Hagerty (R-TN) said he believes there is a “highly likely” chance there will be a rail strike in the middle of the holidays.

Host Maria Bartiromo asked, “The president tried to act as if he had some kind of a tentative deal before the midterm elections, but we now know that four of the unions have rejected a deal which gave them, by the way, a 24% raise, but only one paid sick day. Senator, what is the likelihood that we have a rail strike right in the middle of the holidays?”

Hagerty responded, “I think it’s highly likely, Maria. I mean, you hit the nail on the head. The union bosses basically forced their union members to buck up and accept this deal just to get them through the…midterm elections. But now we’re seeing the reality of it. They only offered one additional work day — one additional sick day, I should say. The unions were asking for 15. That’s a big, big gap. Joe Biden declared victory, again, before the midterm elections. This was all, I think, part of the plan. But what we’re seeing now, the whole thing is coming unraveled and it’s going to be a real crisis, a $2-billion-a-day economic impact if you believe the economists’ estimates. I actually think it could be much greater, because if you look at the knock-on effects on supply chains, it will be significant.”