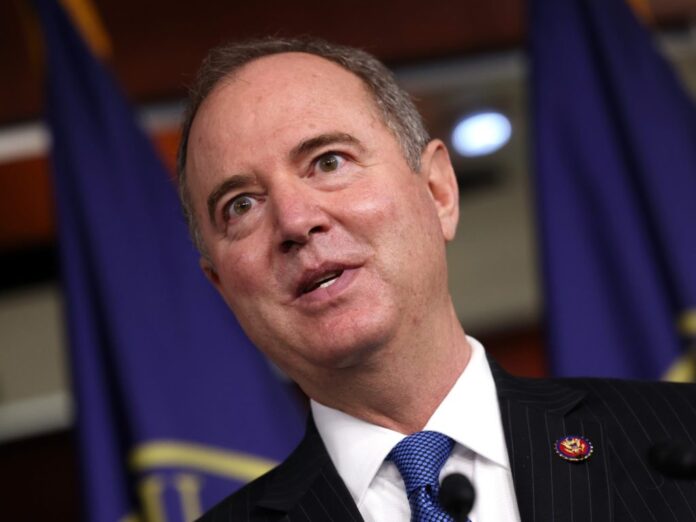 Representative Adam Schiff (D-CA) said Sunday on CNN’s “State of the Union” that “most Americans” would think Trump’s 2016 campaign manager Paul Manafort giving inside polling data and battle strategy to an agent of Russian intelligence was Russian collusion.

Anchor Dana Bash said, “As you well know, the man who was trying to be speaker, Republican Kevin McCarthy says that he wants to kick you off the intelligence committee, the committee that you now chair because of your handling of the Trump/Russia investigation, specifically that you repeatedly asserted there was direct evidence of collusion, direct collusion, which didn’t materialize.”

Schiff said, “McCarthy doesn’t think it’s inclusion if your campaign manager is giving inside polling data and battle strategy in key states to an agent of Russian intelligence while the Russians are helping your campaign, but most Americans would call that collusion. McCarthy’s problem isn’t what I said about Russia. McCarthy’s problem is he can’t get to 218 without Marjorie Taylor Greene, Paul Gosar, Matt Gaetz, so he’ll do whatever they ask. Right now, they are asking for me to be removed from my committees. He’s willing to do anything they ask. That’s the problem. Kevin McCarthy has no ideology, no core set of beliefs. It’s very hard normally to get to 218 that way. It’s even more difficult to keep 218. That’s his problem. He will misrepresent my record. He’ll misrepresent Eric Swalwell, Ilhan Omar, whatever he needs to do to get the votes of the QAnon caucus within his conference.”