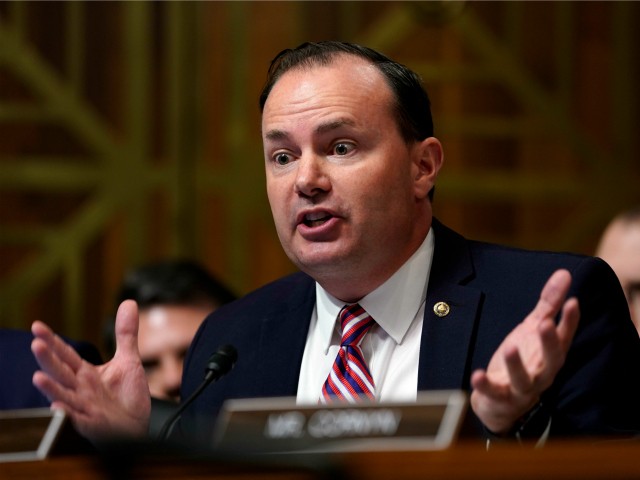 Lee said in a statement following the vote.

Despite the support of every voting Republican but one, and even a Democrat, the Respect for Marriage Act just passed without my amendment, which would have prevented the government from retaliating against religious individuals and institutions for their sincerely held religious beliefs regarding marriage.

This is a discouraging development in our country’s storied history of protecting the free exercise of religion. While I’m disappointed that my amendment was not included, I remain committed to preserving the religious liberties enshrined in our Constitution.

The same-sex marriage bill passed 61-36 with the help of the same 12 Senate Republicans who initially voted with Democrats to advance the bill. The legislation will now go back to the House for a vote as early as next Tuesday, where it was first passed over the summer with the help of 47 Republicans.

Before the main vote, the Senate rejected Sen. Lee’s amendment 48-49, although 12 GOP senators who voted with Democrats to advance the bill voted in favor it.

Lee’s amendment was conservatives’ greatest hope of shoring up religious liberty protections in the bill, and would have prohibited the federal government from punishing individuals, organizations, nonprofits, and other entities based on their sincerely held religious beliefs or moral convictions about marriage by prohibiting the denial or revocation of tax exempt status, licenses, contracts, benefits, etc.

“Who wouldn’t want to deny the federal government the authority to retaliate against religious individuals and institutions in a way that is categorically abusive,” Lee queried before the vote.

“The Respect for Marriage Act isn’t about equality,” Lankford said after the final vote. “It’s about making some people’s rights more important than others. I voted against this bill because it will lead to violations of Americans’ constitutional right to live their faith.”

In stark contrast, Democrats celebrated their victory, Senate Majority Leader Chuck Schumer (D-NY) tweeting that “no one should be discriminated against because of who they love.”

President Joe Biden also praised Senate Democrats’ win and promised to sign the bill into law if the it passes the House.

“With today’s bipartisan Senate passage of the Respect for Marriage Act, the United States is on the brink of reaffirming a fundamental truth: love is love, and Americans should have the right to marry the person they love,” Biden’s statement reads in part. It continued:

…Importantly, the Senate’s passage of the Respect for Marriage Act is a bipartisan achievement. I’m grateful to the determined Members of Congress — especially Senators Baldwin, Collins, Portman, Sinema, Tillis, and Feinstein — whose leadership has underscored that Republicans and Democrats together support the essential right of LGBTQI+ and interracial couples to marry,” he continued. “I look forward to welcoming them at the White House after the House passes this legislation and sends it to my desk, where I will promptly and proudly sign it into law.