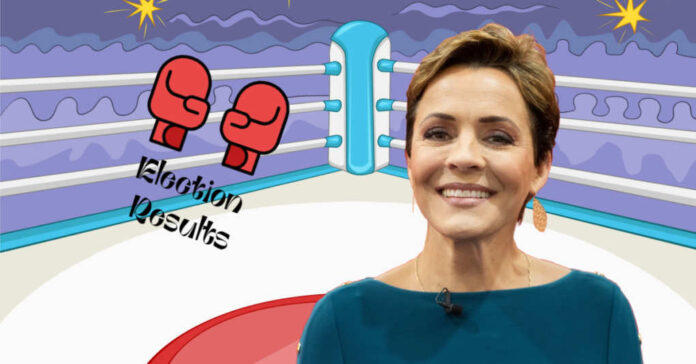 Now that the 2022 midterm election for Governor of Arizona has been called for Democrat Katie Hobbs, there’s no longer any doubt as to who the most popular politician in that state is. She garnered more votes than any other person running for any other office in Arizona. Congratulations are definitely in order for her. So, congratulations, State Treasurer-elect Kimberly Yee! Wait… who?! It turns out that the State Treasurer position garnered more votes in the midterm than either Arizona candidate for governor and even more than a sitting US Senator. And that’s just one of many unexplained “glitches” that have Kari Lake refusing to concede the race to Katie Hobbs.

Kari Lake was, by far, the most popular candidate running for office in the country other than maybe Ron DeSantis in Florida. She’s a total rockstar. Her years of working as a TV news anchor in Arizona offered her ample preparation to deal with all the “gotchas” that the press was going to throw at her. The fact that she’s a MAGA Republican who says the 2020 election was stolen from Donald Trump every time she speaks is just icing on the cake.

Secretary of State Katie Hobbs, who refused to recuse herself from her own race for Governor against Kari Lake, hid in her basement. She refused to debate Kari Lake. Some might say her campaign was “low energy.” Or nonexistent. It probably helped her campaign that she was in charge of counting the votes, though. Must be nice.

No offense to State Treasurer-elect Kimberly Yee. She’s a Republican and maybe she’s even slightly popular in Arizona, even though no one from outside the state had ever heard of her before this week.

How does a State Treasurer candidate get 67,584 more votes than a US Senator running for reelection?

How does a State Treasurer candidate also get 101,410 more votes than a candidate for governor?

Has that ever happened in any statewide election, in any US state, in all of American history? Ever? Seriously? Uganda has more above-board elections than this.

That’s just the vote totals and doesn’t take into account all of the disenfranchisement of Republican voters that the Democrat Party and Katie Hobbs engaged in on election day. 30% of poll tabulators failed on election day in Maricopa County – but only in heavily-weighted Republican neighborhoods. Thousands of voters gave up in frustration and went home after waiting hours to try to vote.

The media has declared Katie Hobbs the winner, despite the fact that all of the votes are not yet counted, and despite the fact that Hobbs only leads Lake by 17,138 votes as of this writing. Kari Lake has not conceded. The New York Times reports that she’s working with other statewide Republican campaigns to challenge the election results in court, based on the fact that thousands of people were disenfranchised and the Democrats obviously cheated.

The Lake campaign is now gathering depositions from witnesses, poll watchers, and disenfranchised voters about what happened in Maricopa County on election day. It’s unclear whether a court will even listen to her case after the debacle that occurred in 2020, but we’re rooting for her. That hot mess in Arizona needs to be cleaned up.