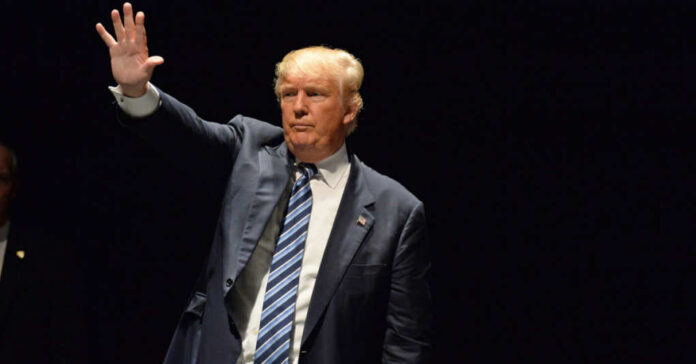 Former President Donald Trump is holding his ground on rejecting the results of Arizona’s gubernatorial election. He is challenging Kari Lake to be declared the winner and to be immediately installed as governor. He is basing his stand on what the former president characterized as a “criminal voting operation.”

The gubernatorial contest has been called for Democrat Katie Hobbs and the current count shows that she defeated lake by a little more than 17,000 votes out of more than 2.5 million ballots cast.

Trump tweeted this message from his platform Truth Social: “Massive numbers of ‘BROKEN’ voting machines in Republican Districts on Election Day. Mechanics sent in to ‘FIX’ them made them worse. Kari had to be taken to a Democrat area, which was working perfectly, to vote. Her opponent ran the Election.

This is yet another criminal voting operation — SO OBVIOUS. Kari Lake should be installed as Governor of Arizona. This is almost as bad as the 2020 Presidential Election, which the House Unselect [sic, but cute] Committee refuses to touch because they know it was Fraudulent!”

Kari Lake has also used the Truth Social platform to allege that the voting process in her state was not fair.

She wrote, “Arizonans have no Faith & Trust in our Elections. Our Election Officials are incompetent (…or worse) They have failed us. The Fake News ignores our Fake Elections and expect [sic] us to just ‘move on.’ We won’t.”

Maricopa County, the epicenter of the allegations, is home to about half of all Arizona voters. And there were thousands of voters in that region who reported having problems while casting their ballot on Election Day.

This led to an inquiry from the Arizona Attorney General’s office and a subpoena from Arizona Sen. Kelly Townsend.

Kari Lake is not the only Arizona Republican candidate who has filed a lawsuit against the state’s election process. Fellow GOP candidate Abe Hamadeh, who ran for attorney general, filed one as well. He lost his race by just 510 votes and his lawsuit is against state and local officials and his Democratic opponent. He hopes to overturn the results of the election.

Counties in Arizona had until this past Monday to certify their vote totals. The officials over the election in Republican-dominated Mohave and Cochise counties indicated that they have planned to hold off on certifying the results.

Ron Gould, the chairman of Mohave County’s Board of Supervisors, told the media that his county delayed certifying last Monday because his board was waiting to see

Maricopa’s explanations for what happened to the ballots of the voters in their territory.

In Cochise County, two Republican board members voted to delay certifying the results amid claims that the county’s voting machines weren’t properly accredited — even though state election officials have said they have provided proof that they are. A spokeswoman for Arizona Secretary of State and Governor-elect Katie Hobbs said her office will sue Cochise County over the delay.

Former President Trump will not back down on getting his endorsed candidate into the governor’s mansion. He referenced his own experience with a “faulty” election process in 2020. “Kari Lake should be installed Governor of Arizona,” Trump said. “This is almost as bad as the 2020 Presidential Election, which the [House] Unselect Committee refuses to touch because they know it was Fraudulent!”

And Kari Lake declared how high the stakes are, “America will NOT survive if we don’t demand Election Reform NOW,” Lake said in her post.