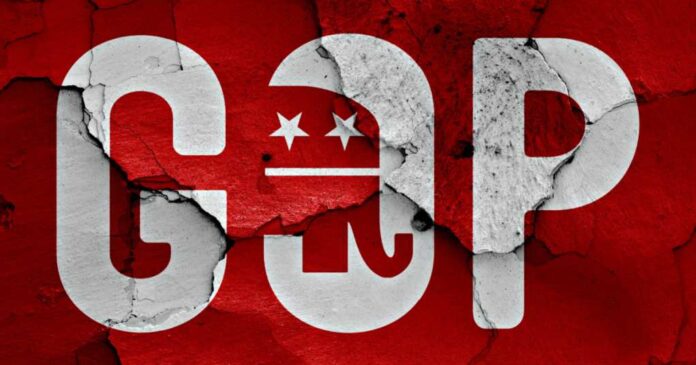 The Republicans sent a letter, obtained by Breitbart News, to Biden on Friday outlining four border-related demands amid a looming government shutdown, set to take place as early as December 16, when current government funding runs out.

The letter, heavily focused on the fentanyl epidemic, comes ahead of an anticipated congressional fight about whether to pass a continuing resolution to extend current funding into next year or to pass a new omnibus bill, which Democrats are angling to do before the lame duck session concludes.

“We cannot, and will not, support any appropriations package for FY2023 unless you immediately take action to strengthen and restore the integrity of the southern border and protect the American people, especially our children, from deadly fentanyl,” the Republicans wrote.

Read a copy of the letter below:

The Republicans listed the following four steps they “would like to see” Biden take to improve border security before they would consider supporting new government spending:

Resume construction of the border wall.
Rescind executive orders that undid the Trump administration’s immigration policies, “including the Remain in Mexico policy, commonsense asylum policies, and the pre-pandemic pace of visas, that have incentivized countless migrants to make the dangerous journey” to the border.
Visit the border and meet with law enforcement personnel within Customs and Border Protection and Immigration and Customs Enforcement and “publicly [pledge] to provide them the resources they need to perform their duties.”
Permanently classify fentanyl as a Schedule I drug.

In addition to Moore, a Freedom Caucus member, several other members of the caucus, as well as some not in the caucus, such as Republican Study Committee chair Rep. Jim Banks (R-IN), signed on to the pledge.

The Republicans’ letter comes as illegal border crossings continue to surge under Biden’s leadership, and as the GOP ramps up pressure on the administration to address the matter.

Border agents encountered a jaw-dropping 2.4 million illegal migrants at the U.S.-Mexico border in fiscal year 2022, and fiscal year 2023 is currently on pace to be just as high.

In addition to the flood of illegal migrants, officials seized more than 14,000 pounds of illicit fentanyl at the border in fiscal year 2022, a dramatic increase from the prior two years.

The issue of fentanyl, in particular, has escalated as the number of deaths related to the substance rise.

Centers for Disease Control and Prevention data shows more than 70,000 individuals died from synthetic opioids — fentanyl being the “primary” one — in 2021, about 13,000 more than in 2020. The highly addictive drug is often disguised and mixed in with more common drugs, such as cocaine, and becomes deadly at just a minuscule two milligrams, according to the Drug Enforcement Agency (DEA). Many fentanyl victims “have no idea they are ingesting [it],” per the DEA.

“President Biden must take concrete actions to reverse these trends and implement policies to strengthen border integrity — which must include building a wall — and end the demonization of law enforcement,” Moore said in a statement. “Our border is at the breaking point, and Congress must protect our children by standing firm and demanding action.”