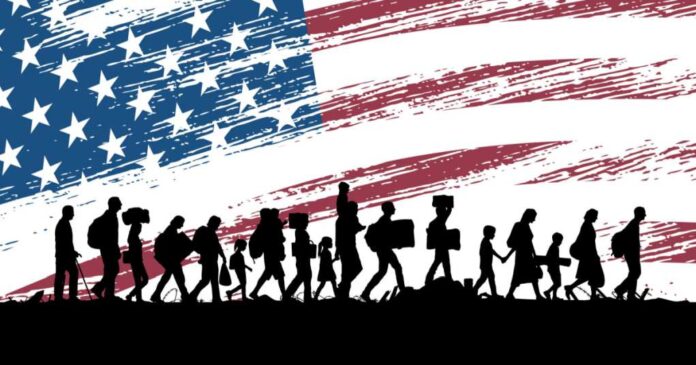 In a letter to Senate Majority Leader Chuck Schumer (D-NY) and Senate Minority Leader Mitch McConnell (R-KY), a number of House Democrats and their leading congressional caucuses claim that billions will be lost in the U.S. economy unless 3.3 million illegal aliens enrolled and eligible for the Deferred Action for Childhood Arrivals (DACA) are provided with green cards and, eventually, naturalized American citizenship.

Without congressional action to protect DACA recipients, the U.S. stands to lose $11.7 billion annually in economic contributions from DACA recipients, and the federal government could lose out on as much as $60 billion over the next decade shrinking the economy by an estimated $280 billion. It is through your leadership that we must work towards a bipartisan deal to ensure that Dreamers can remain in the only country they have known. [Emphasis added]

The time for decisive legislative action to provide permanent protections for DACA recipients is now and as such we renew our urgent call to pass legislation that provides a pathway to citizenship for Dreamers to the Senate floor for a vote before the end of this Congress. [Emphasis added]

The so-called progressive wing of the House Democrats fall squarely in line with the nation’s largest multinational corporations, big businesses, and billionaires in their push to grow the U.S. labor market by legalizing millions who would immediately go on to compete against working and middle class Americans for jobs.

The U.S. Chamber of Commerce, which represents some of the biggest corporations, have been lobbying for most of the year to give amnesty to millions of DACA illegal aliens.

Likewise, the Chamber has urged for doubling legal immigration levels to provide employers with an endless stream of foreign workers to grow profit margins and give companies a constant flow of new consumers to whom they can sell products.

In addition, executives at Amazon, Google, Cisco, the Intel Corporation, IBM, and Meta Platforms has asked Congress to pass an amnesty for DACA illegal aliens. Most recently, university systems backed by billionaires George Soros and Mark Zuckerberg, are lobbying Senate Republicans to throw support behind an amnesty.

As Breitbart News reported in 2017, a DACA amnesty would open a surge of chain migration — where newly naturalized citizens can bring an unlimited number of foreign relatives to the U.S. — ranging from 10 million to 19 million foreign nationals.

A prior Breitbart News analysis found that a DACA amnesty would cost American taxpayers some $115 billion by opening Obamacare rolls to newly legalized illegal aliens. Meanwhile, the Congressional Budget Office (CBO) has estimated that such an amnesty would cost taxpayers $26 billion.

That same CBO report suggests that about one in five DACA illegal aliens, after an amnesty, would end up on food stamps, while at least one in seven would go on Medicaid.