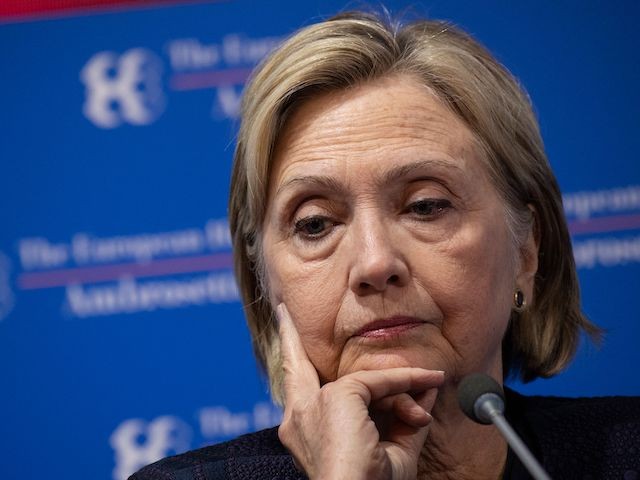 Thursday on CNN International’s “Amanpour,” former Secretary of State Hillary Clinton compared women’s rights in the United States to women in Iran and Afghanistan because the Supreme Court because of this year’s Dobbs v. Jackson Women’s Health Organization overturning the 1972 Roe v. Wade decision legalizing elective abortions on demand and leaving the decision up to the states.

Clinton said, “We have come a long way on so many fronts, but we are also in a period of time where there is a lot of pushback, and much of the progress that has been taken for granted by too many people is under attack: literally under attack in places like Iran or Afghanistan or Ukraine — where rape is a tactic of war — or under attack by political and cultural forces in a country like our own when it comes to women’s healthcare and bodily autonomy.”

Amanpour asked, “Talk to me about the confluence of both these events. This pushback on American women’s rights at the same time as you’re trying to figure a way forward.”

Clinton said, “We have work to do to try to defend our rights, to stand up for them. And what we’ve seen, particularly since the Dobbs decision across our country, is that when voters — both men and women, but led by women — have a chance to vote on these draconian abortion restrictions, they do not accept them.”

Clinton said, “In a democracy when things don’t go your way when you suffered setbacks. You need to remember that there is no permanent political victory or defeat. You have to keep fighting for these fundamental rights. You have to try to enshrine them in law as best you can in our system at both the federal and the state level. So we’ll see what happens in states like Arkansas in so many other states when we face real-world problems, as we have seen already seen where women with miscarriages go in for medical treatment are turned away, and God forbid, a woman dies because that health care is denied her. I just believe that the fervor of the interests that are saying there should be absolutely no choice for women in half the states or more of our country will run right up against reality as it has in elections in Kansas and Kentucky and Montana, California, Michigan where voters got to vote on these extreme measures or trying to prevent them from ever being imposed in their states. Right now, it’s obvious that the great majority of Americans believe the Supreme Court, local states, legislatures, et cetera have gone way too far.”