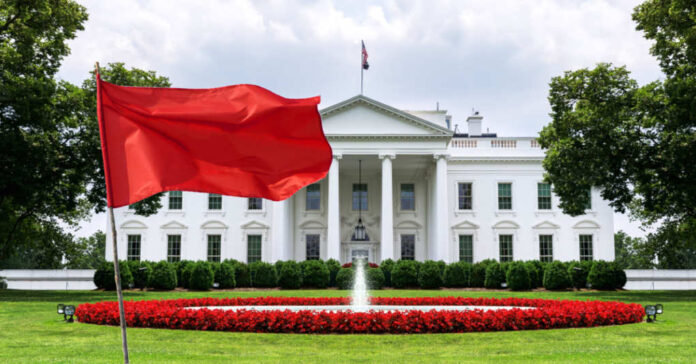 Remember when all the talk was about the potential red wave that was coming at the midterm elections? There was an expectation that the GOP would come out of the election with a resounding majority in both chambers of Congress.

Most people have agreed that there was no red wave, just a little red trickle.

But maybe most people are wrong. What if there really was a red wave, it just wasn’t with Republicans and those on the right. The truth is that the 2022 midterms did have a red wave, and it was with the socialist candidates. Socialism long ago made red one of the most important symbols of their worldwide revolution.

And in America, socialist candidates won an overwhelming majority of the state and federal elections they ran in.

Take a minute to let that sink in.

The report was titled: “Socialist Watch 2022: An Analysis of Socialist Candidates in the 2022 Midterm Election.” It’s written in the report, “The biggest takeaway from our research is that the far-left progressive and socialist wings of the Democratic Party continue to gain significant ground at both the federal and state levels of government, following similar trends in the 2018 and 2020 elections.”

Out of the 132 socialist politicians in the report, all of them were endorsed by Our Revolution, the Democratic Socialists of America (DSA), and/or the Progressive Democrats of America (PDA). These are the three most influential socialist organizations in the United States.

Here are the specifics of what exactly happened in these midterms, out of the 132 socialist candidates they covered 26 states. There were 78 state-level races won by them, 50 U.S. House seats, and four H.S. Senate seats.

The report details this embarrassing news, “If uncontested races and losses are excluded, socialist or far-left progressive candidates won by an average of more than 30 percentage points. This clearly indicates socialist and progressive groups targeted districts they assumed Democrats would win in the general election, rather than sponsoring candidates and investing resources in elections that would be more difficult to win during the general election.”

And here is more information that adds insult to injury, the results in 2022 are very similar to the results of the ballot box in 2020. That means that this red socialist wave has been building ever since their renaissance began in 2018.

Back in 2018, the Socialist Research Committee (SRC) identified almost 90 candidates running for state or federal offices. In that year, less than half of the candidates who ran won their races. In 2020, 266 socialist candidates ran and 90 percent of them won. And that is the percentage of candidates who won in 2022 as well.

But wait, there is even more bad news. The people voting for these socialist candidates are primarily young Americans who turned out in record numbers for the 2022 midterm election. That means that socialists are prevailing in their long-term strategy to change the country at its core.
Here is what socialist grandpa Bernie Sanders had to say about the 2020 elections, “Without the major turnout of younger voters, we would have seen a very different outcome in last night’s elections.”

The red wave turned out to be a wave of sadness for America.