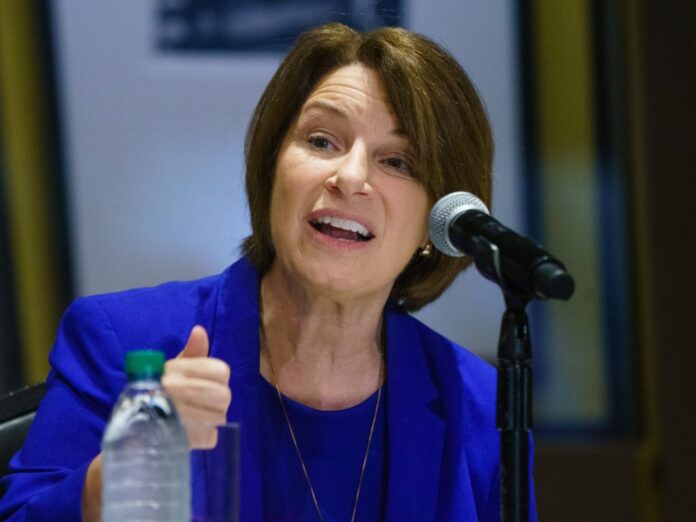 Reports suggest that Klobuchar is “visibly frustrated” at potential backsliding on the JCPA, which is often referred to as a media cartel bill. Meta’s threat to remove all news from its platform over the potential passage of the JCPA may have spooked lawmakers from backing the bill’s inclusion in the defense authorization bill.

Klobuchar asked rhetorically, “You can’t have 18 months of hearings over in the House of Representatives and then produce nothing. Right?”

The JCPA would create an antitrust exemption for the media industry, which would allow the media cartel to negotiate with big tech for more advertising revenue. Detractors of the bill say that the bill would lead to censorship of conservatives and that the JCPA would only benefit large media conglomerates.

Klobuchar has been emphatic about the alleged dire need to pass the JCPA.

The Minnesota Democrat said in mid-September that “democracy relies” on the passage of the JCPA.

A 2019 New York Times expos? found that Klobuchar had been cruel to her staff and even ate with a comb once and then made her staff clean it.

Breitbart News has reported that Klobuchar’s presidential aspiration has and could continue to imperil the potential passage of the JCPA.

Some congressional staffers told Breitbart News in mid-September Klobuchar has shifted from issues that are important to Minnesotans such as rural broadband to more controversial issues such as antitrust.

One congressional aide told Breitbart News, “I think a bunch of us suspect she sees it as a politically smart way to kind of get an entree into antitrust, on the bigger level, right? Like, let me remake industries wholesale, but I’ll start with tech because I know that that’s like politically palatable to some people.”