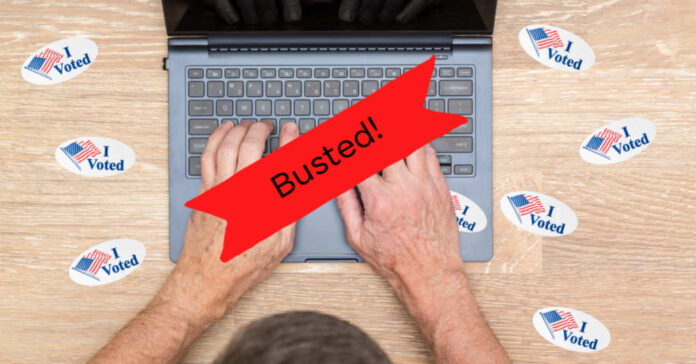 Any time the words “voter fraud” are brought up, the left is quick to dismiss any and all allegations of it happening. In their eyes, it isn’t a concern because it doesn’t happen, or if it does there is little that the fraud is impacting in their eyes. They also love to allege that only the Republicans would do such a thing and that they are above such actions because they are willing to accept the truth.

As we have seen time and time again, they are not willing to accept the truth or any version of the truth at face value.

So, when news of Former Democratic Amite City, LA, police chief Jerry Trabona and City Councilwoman Kristian “Kris” Hart being convicted on November 30th, it was no wonder that it didn’t make a big splash in the mainstream media. According to a Department of Justice (DOJ) release, the duo was found to be buying votes.

The convictions of Trabona, 73, and Hart, 50 come after a thorough investigation by the FBI’s New Orleans field office. In their investigation, it was uncovered that they worked to hire individuals to identify potential voters, transport the voters, and offer payment to the voters if they voted the way they were being told to. In addition to the year in jail, Trabona was ordered to pay a fine of $10,000, Another coconspirator was sentenced to four months in prison, but was not named in the report.

Much like making furniture for Ikea, the duo provided sample ballots with step-by-step voting instructions for those willing to sell their vote. It ensured Trabona, Hart, and other preferred candidates would receive the votes they needed to win the election.

Working as a team, Hart paid those who had voted to identify people who still had not cast their ballot, take them to the polls, then pay for their vote. Trabona required the vote buyers to sign a contract that stated they wouldn’t “make any overture of any kind to any voter or other person of financial award or benefit in exchange for a vote.”

According to the Heritage Foundation, the vote buyers were paid up to $20 for every voter they brought in. Per the DOJ a vote-buying bribe is classified as “anything having monetary value, including cash, liquor, lottery chances and welfare benefits such as food stamps.” These charges came following a 2018 investigation into their violation of LA voting laws.

While their offense alone is incredibly disturbing, it also raises a serious question about the morality of the people selling their votes, as well as their own self-valuation. How someone can sell out their ethics and principles for an Andrew Jackson at most is beyond comprehension. The right to vote is the cornerstone of democracy and serves as the backbone for what has made this nation great for so long. So while what Trabona and Hart did was incredibly wrong, the fact that people would go along with it is just as wrong.

Corruption in voting has been chasing the Democrats since Hillary lost in 2016, and while allegations have been out there for years, this is just one of the very few cases that get proven.