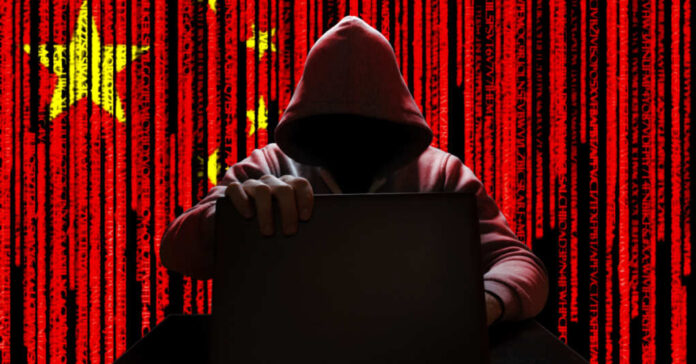 After all the lecturing the media gave to America about how bad it is to deny the results of any election, one of the media darlings has quietly admitted that China may have had something to do with the 2022 midterm results.

There’s no doubt that many on the right were let down that we didn’t see a great big red wave, and now, according to Forbes, the communists used TikTok to spread political messages that were mostly critical of the GOP in the months leading up to the election.

The accounts on TikTok that are in the spotlight have millions of followers and were able to garner tens of millions of views to spread the propaganda that the Chinese believed would be useful to their government. It is understandable why they felt like it would be in their favor if Democrats remained in power.

Forbes was able to discover the TikTok accounts controlled by Chinese state media that included videos negatively criticizing specific politicians and also attempting to undermine trust in American institutions. Tens of millions of people watched these slanted videos with no disclosure that they came from a foreign government.

MediaLinks TV managed the accounts in question, they are a registered foreign agent and a Washington D.C.-based outpost of the main Chinese Communist Party television news outlet – China Central Television.

Some of the larger accounts are @Pandaorama – a site that features cute videos of Chinese culture; @The…Optimist – a site focused on sustainability; and @NewsTokss – a site featuring U.S. national and international news.

There was a video in July that began with the caption, “Cruz, Abbott Don’t Care About Us.” One from October was captioned “Rubio Has Done Absolutely Nothing.” And in another October video, they asked viewers to respond to Joe Biden’s promise to sign a bill codifying abortion rights.

They did all this without any disclosures that it was coming from a foreign government.

The truth is that the media really doesn’t care about election fraud or interference, or any kind of disinformation, as long as it is politically helpful to them. The most in-your-face example of this is all the whining that is going on about Twitter and free speech when we have known for years that TikTok is a Chinese information machine. This is a case study of how the press is full of political bias.

There are crickets right now about Chinese influence in the midterms, but it wasn’t that long ago that democrats were in an uproar over Russian interference in the 2016 presidential election. The Democratic House leader, Hakeem Jeffries, continues to say that former President Donald Trump’s presidency was illegitimate. Where is his outrage over China?

The Chinese have done far more to influence our elections than Russia ever has and for a longer time. There is no doubt that Xi Jinping and his administration wanted Joe Biden to win in 2020.

Did you hear from Dr. Anothony Fauci this week? He was defending China and saying we should be too hard on them regarding the origins of the coronavirus.

And we have yet to even see the full implications of the Biden family business’s connection to the Chinese government. It’s no wonder the present administration won’t ruffle the feathers of China over the midterms, it’s bad for business.

How in the world are we still allowing TikTok to be in the United States? It’s spreading propaganda and mining the personal information of our citizens. Trump tried to shut it down years ago, but the Democrats stopped him.

Biden’s party doesn’t care about election interference, they just want to win. And now even Forbes is willing to admit it.