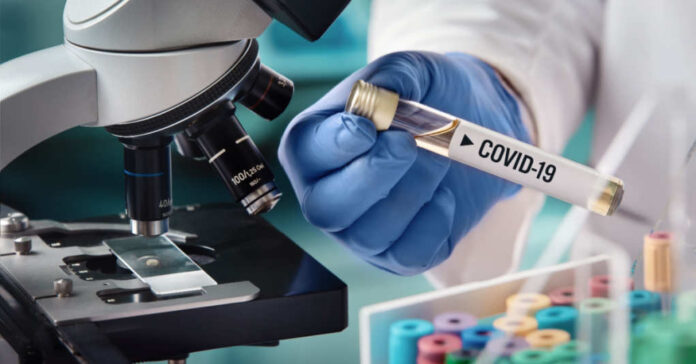 Ever since the news broke of the existence of COVID-19, people have been suspicious of the “bat soup” origins that were initially reported. While it was just messing with China initially, the US felt safe about it but began taking appropriate measures. Then it started spreading like wildfire. Suddenly, the jokes about the origins, names, and side effects of the disease started being less funny.

The jokes turned darker as people like Dr. Anthony Fauci started showing up on every talk show, podcast, and news network. As he soaked up the cash and the attention, he refused to hear the idea that this was a leak from a lab in Wuhan. How could he admit it? This would mean a lab that receives money from the US and that he is directly tied to did something wrong and started the biggest pandemic in over a century.

Now a scientist with direct, firsthand knowledge of the coronavirus is releasing a book, and it spills all the secrets.

Dr. Andrew Huff, the former vice president of EcoHealth Alliance has claimed in his new book that funding from the US for the research in China resulted in the “biggest US intelligence failure since 9/11,” per The Sun. Titled “The Truth About Wuhan” this is sure to ignite a firestorm of problems for Biden and his current administration, especially given how much he was trying to reverse the course that helped us survive as set by President Trump.

As Huff explains “EcoHealth Alliance and foreign laboratories did not have the adequate control measures in place for ensuring proper biosafety, biosecurity, and risk management, ultimately resulting in the lab leak at the Wuhan Institute of Virology.” This kind of lapse in safety measures ultimately cost over 6.5 million people to perish from the face of the earth since it first emerged in December 2019. The World Health Organization took until June of 2022 to even begin a real examination into the odds of this kind of leak happening.

The support for EcoHealth Alliance and their work with the Wuhan Institute of Virology was largely supported by the National Institutes of Health (NIH). The NIH is also an organization where Fauci is a director for the National Institute of Allergy and Infectious Diseases (NIAID). Fauci’s ties don’t just end there. He also largely funded the WHO and its missions over the years via the NIH, so when Trump recommended a separation, all were incredibly slow to act.

Meanwhile, people like former NIH director Dr. Francis Collins refuse to even properly acknowledge the idea that funding from the feds contributed to this happening. “Analysis of published genomic data and other documents from the grantee demonstrates that the naturally occurring bat coronaviruses studied under the NIH grant are genetically far distant from SARS-CoV-2 and could not possibly have caused the COVID-19 pandemic. Any claims to the contrary are demonstrably false.”

What Dr. Collins is refusing to admit is that funding from the NIH either directly or indirectly funded COVID. Much like the “Just say no” campaign had tried to connect kids buying marijuana with terrorism back in 2001, there is a connection between federal funding and COVID, as well as the resulting pandemic.

Then, you have people like Huff. People who have seen everything this lab was capable of, and now that he has left and is suing the organization, it’s important that he set the record straight. He even admits that he has no evidence that China intentionally released coronavirus to the public, but he knows that the US is responsible for transferring this kind of biotechnology to the Chinese.