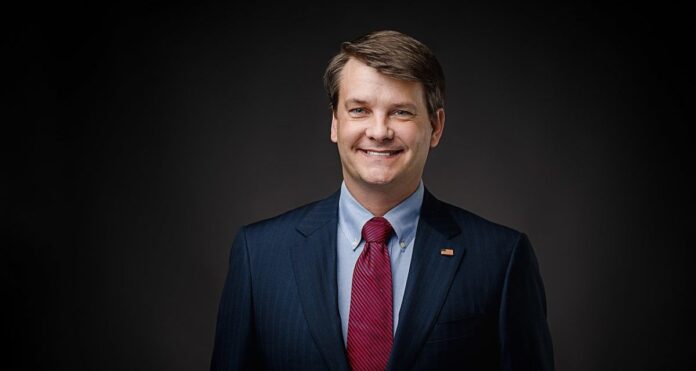 Luke Letlow is a Republican elected to the Senate before he contracted the COVID-19 virus and passed away. He was a young man that left behind a wife and two very small children. His condition went downhill very quickly.

It was just days after he caught the virus that he passed away. And once would think that the other members of the Legislative Branch would be sympathetic. But the liberal vultures are already making statements about him that are terrible and insensitive.

The liberal demons would have everyone believe that Letlow was not a COVID-19 believer. But his very own words proved the contrary.

He stated that “So, while we’ve been cautious, and I think both the state and federal level have taken numerous precautions for COVID-19. We’re now at a place if we do not open our economy, we’re in real danger.”

His vision of the future of America was right. If the country did not open up, then it would fail. His warning needs to be heard even though he has fallen victim to a pointless virus.

Media sharks want to take his death and politicize it to prove that conservatives think the virus is a big joke. But the truth is that no one really thinks that it is a joke. People have come to learn that the liberals lied about it and want to use it to control people and destroy the economy.

The vast majority of the infections are happening within the homes. So, when a person comes home with it, the entire family will catch it. So, by keeping everyone locked up nice and tight with each other, people are dying from the virus. In a way, the Democrats are killing people by making them stay in rooms together.

The Democratic Party’s demons also make an issue with Letlow that he was not a supporter of mask-wearing. Letlow knew that thousands of people are habitual mask wearers, and they all have contracted the virus. The mask is not doing its job, so there is no reason to keep forcing people to put them on.

The loony left is attacking a Senator that has passed away because he was also a Trump supporter. The Democrats should be surrounding this man’s family and doing what they can to help comfort the mourners. But they are determined to politicize the moment in their favor.

Let this sink in—

A 41 year old GOP congressman-elect has just died of #COVID19.

Doctors also say Letlow did **NOT** have any underlying health conditions.

He repeatedly did not wear a mask.

President Trump was not in favor of a national mask mandate because he knew the science behind the mask was not sound in preventing the spread of the virus. The masquerading media lies to the public by making claims that they do work, and people should be wearing them even in their personal homes.

Letlow haters want to dimmish his death and make it seem like he got what he deserved. No one deserves that kind of treatment. If a Republican said nasty things about a Democrat that died, there would be such an outcry and a demand for that person to step down from politics.

Mask wearing is not the answer, and neither is attacking the memory of a man that gave his life to serve in politics. California has a mask mandate, and they have one of the continuing highest infection rates in the country. If masks are so effective, then the state should have the lowest infection rate.

Michael Tracey stated that “Knee-jerk commenters on Twitter are apparently 100% sure that Congressman-elect Luke Letlow was a despicable COVID denier on the basis of nothing except their own sick hunch and desire for political vengeance.”

The remarks by the liberals are inexcusable, and some significant apologies are in order. The Letlow family does not need the horrible treatment that they are getting from the demonic left. They need prayers and support from people who genuinely care about them.