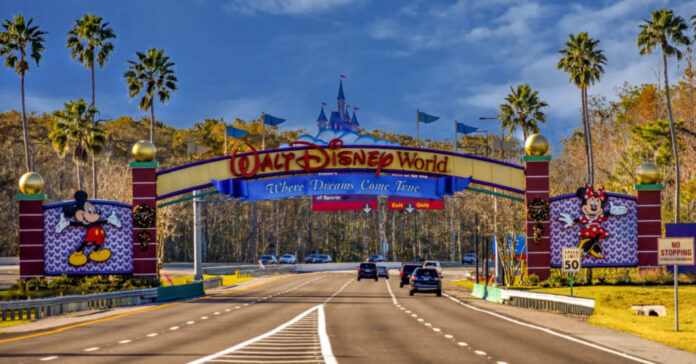 Disney has been considered the gold standard for family-friendly entertainment for ages. The legacy of the late Walt Disney, its films, books, and theme parks have captivated fans of the franchise for decades. Many travel across the globe to see their favorite characters and to spend a day on the ever-evolving attractions and eat the overpriced themed food.

Now, the beloved “Splash Mountain” of Walt Disney World is closing after 33 years in operation due to wokeness.

Themed after the 1946 Disney film “Song of the South,” the log ride opened in 1989 and takes riders through various parts of the film as they get soaked with water. While none of the “racial stereotypes” are visible during the ride, many feel as though they are still prevalent with the cartoon characters from the film being prominently featured.

Disney CEO Bob Iger spoke about the ride during a March 2020 shareholders meeting that came in the wake of a 2019 petition through change.org that served to denounce the film and proposed the ride be shut down. “I’ve felt, as long as I’ve been CEO, that ‘Song of the South’ was – even with a disclaimer – was just not appropriate in today’s world.”

That petition received just over 21,000 signatures. Meanwhile, Disney addicts started a petition begging them to keep the ride as is and gathered over 100,000 signatures to support the idea that wokeness is not the answer. As the petition explained this was about doing what is right, not what is popular.

“Splash Mountain has never included depictions of slaves or any racist elements and is based solely on historical African folktales that families of all ethnicities have been enjoying for nearly a century. Modifying Splash Mountain will not change history and will only encourage the ‘easily offended’ to continue making desperate attempts at finding offense in additional attractions. To change them would be to remove a bit of our art history from the world and to be ashamed of it.”

Sadly, Disney is yet again bending the knee and kissing the ring for the woke crowd. Instead, they will now do the same thing they have been doing with movies and other attractions over the years and make it into another politically purified attraction. This reimagining of the ride will now be based on “The Princess and The Frog,” which is a cartoon featuring a black heroine named Tiana who is from New Orleans.

Named “Tiana’s Bayou Adventure” the new ride promises to be more inclusive of all park attendants and will seek to create yet another space where the Disney corporation is erasing history because a few people try to find problems where none exist. They think the new theme of the attraction will inspire people and speak to the millions of people who visit the Florida-based park every year.

The abomination of descendants, shareholders, and CEOs of the Disney corporation should be ashamed. If you’ve ever been to the park, you have seen people of all ages, races, and sexes on this log ride. People loved it as it was. If you’ve ever seen the film itself you would struggle to find “racism” anywhere in the film, and this log ride was no different. The folks from Disney have instead focused on the idea of trying to force white guilt on everyone who enjoyed the ride, but they will still gladly take your money for you to come to ride it.

Even stranger yet is the lack of changes to “It’s a Small World.” This ride is full of racial and cultural stereotypes and features a song of the same name as animatronics of kids across the globe dance and sing. If you’ve ever been stuck on the ride, you know why that song has been used as an interrogation tactic. And yet it stays.