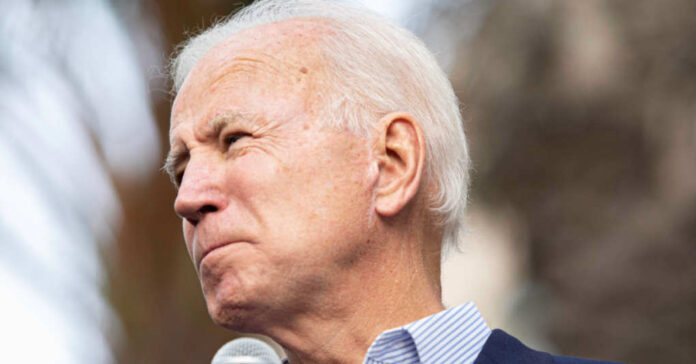 When the president of the United States invites you to join him, either at the White House or especially on a trip, very few people ever decline. I mean, this is the most powerful man in the free world and supposedly beloved by all. And the fact that he’s requested your presence should be a great honor, right?

Well, it would seem that Democratic Senator Kyrsten Sinema of Arizona doesn’t exactly feel those sentiments.

As White House Press Secretary Karine Jean-Pierre made public on Tuesday during a Biden trip to a Taiwan Semiconductor Manufacturing Co. computer chip plant in Phoenix, Sinema, as well as all other Arizona congressional members, had been invited to join President Biden on the Air Force One flight to their home state.

Arizona legislators, including Democratic Senator Mark Kelly and Representative Ruben Gallego, did accept the invitation and flew onboard Air Force One with Biden.

Now, it’s important to note here that, as Jean-Pierre reminded the public, it is a common practice for any sitting president, when he’s taking a trip to one specific state, to invite congressional members from that state for a ride back home and back, should they wish.

As you can imagine, most readily accept, dropping everything and rearranging their schedules to make it happen – particularly if those legislators happen to be in the same political party as the president, as Sinema is.

But apparently, she had other plans or didn’t feel all that up to traveling for a few hours being confined to the same air space as our bumbling and deteriorating Commander in Chief.

When asked by members of the press as to why Sinema was not present on the flight, Jean-Pierre said, “I can’t speak to Senator Sinema’s schedule,” implying that she simply could have been otherwise engaged during the time of the trip and unable to make it work.

However, others have suggested that it’s just another sign that Sinema is trying to distance herself both from the aging and accident-prone president and also from the Democratic Party as a whole.

If you know much about Sinema, it’s likely that as one of the more moderate Democratic senators, she has been unwilling to toe the line of the progressive agenda since being voted into office in 2019. In fact, on a number of occasions, she’s been one of only two Democrats who have stood in the way of the party getting their way, including plans to end the filibuster in the Senate.

She was also the only Arizona Democrat to forego a pre-election rally for the party in her home state during which former President and golden boy Barack Obama was speaking. She also notably declined to campaign for any of her own party members during the recent midterm elections.

As you can imagine, this has caused no small amount of anger from her much more progressive counterparts, such as Ruben Gallego, who mentioned a possible run against her in 2024 to rid the Senate of her moderacy.

Her distance from the party has also given hope or at least some small reason for some to believe she’s considering a party switch.

In recent months, she’s earned praise from both GOP Senator Mitt Romney and Senate Minority Leader Mitch McConnell. And her growing friendship with the latter has caused even more speculation.

Although, instead of changing out her blue colors for red, she could always go the independent route, as some have suggested.

In any case, should a change in her party happen, and sooner rather than later, it could mean a shift in the majority for the Upper House come January, as well as the House of Representatives.

As you may know, Georgia is about to experience another run-off election for the Senate, in which both parties have the potential to win. Should the GOP win that seat and then gain Sinema, the Republicans will overtake that legislative as well.

Needless to say, Sinema will be one to watch closely in the coming weeks and months for sure.