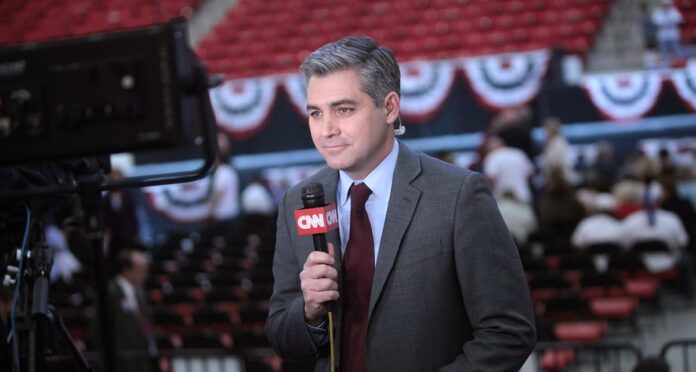 Resistance journalism has been having quite the run as of late. The liberals have spent a lot of time ranting and raving about the current administration, that is for sure. Lots and lots of people were able to line their pockets with book deals and the like. Some of them even became minor celebrities in their own right.

Now that Trump is on his way out of the White House, these people are going to have to figure out a new battle plan. It’s not like they can follow him around for the rest of his life. No one should be surprised to learn that these journalists are now planning to power down for the duration of the Biden presidency.

That’s the liberal mentality in a nutshell. A Republican is elected to office and everyone needs to go over their every move with a fine-tooth comb. The Atlantic has more on the topic.

“Olivia Nuzzi tries not to dwell on the unsavory fact that her career took off because of Trump. A lively writer who covered the 2016 campaign for The Daily Beast, she joined New York magazine around the time Trump took office and quickly became known for her caustic profiles of the president’s hangers-on. TV appearances and awards shortly followed, and in 2018 Nuzzi announced a major book deal with Simon & Schuster…,” they shared.

“Nuzzi can already tell that the dynamic will be different in the incoming administration. “On a purely social level, I don’t know that reporting critically on Joe Biden will feel as safe for reporters,” she told me. “You’re not going to get yass queen–ed to death.” This is the sort of thing that we are going to be hearing over and over again over the next four years.

There is no shortage of reporters who have become emblematic of the resistance.

Rachel Maddow and Jim Acosta are chief among them. Acosta got a book deal to complain about Trump, much like Nuzzi did. Acosta even provided the same type of quotes that she did. Per The Atlantic: “The drama has made him famous, but Acosta said he doesn’t expect to bring the same crusading style to his coverage of the next administration. “I don’t think the press should be trying to whip up the Biden presidency and turn it into must-see TV in a contrived way,” he said.

But wait, there’s more! “If that sounds like a double standard, Acosta told me it’s not partisan—it’s a matter of professional solidarity. In his view, Trump’s campaign to discredit the press has constituted a “nonstop national emergency,” one that required a defiant response. “If being at the White House is not an experience that might merit hazard pay,” he said, “then perhaps it is going to be approached differently.”

PBS’ Yamiche Alcindor is one of the few who is planning on remaining somewhat impartial. “I don’t think it’s going to be boring,” Alcindor says of the incoming administration. She might be talking a good game at the moment but we highly doubt that she is going to be stirring the pot at all. We also find it funny that we never heard her name during the Obama years, when she was supposedly reporting on his comings and goings.

There is no middle ground here, as Matt Yglesias has pointed out. “I tend to think this approach to politics is counterproductive — it’s psychologically and emotionally exhausting, out of touch with people’s lived experience of the world, and ultimately demoralizing and un-motivating. But even if it does in some sense work, it’s simply not true,” he says.

Progressive writers are now going to have to find a way to grab the eyeballs without resorting to the usual scare tactics. They would rather tell the world that everything is all bad. Any effort at maintaining the status quo means you are a racist and a bully.

Good luck keeping that narrative going for the next four years!