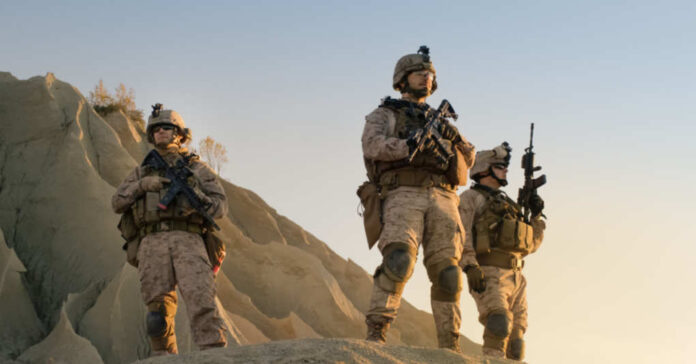 As you’ve probably heard, Republicans are making plans to take over the House of Representatives and all that entails. As a result, committee heads are being named, agenda items are being docketed, and documents for investigations are being drawn up.

And one of those investigations will be into what exactly happened during Biden’s botched attempt at withdrawing our troops from Afghanistan shortly after he entered the Oval Office.

If you remember, it was one of Biden’s first major moves, aside from declaring war on all US energy forms. And it didn’t go as planned.

Perhaps that’s because there was no real plan – or at least not one that was reasonable, realistic, or at all comprehensive.

But that’s what this investigation is supposed to find out. What happened, who made it happen, and why it happened that way?

In a statement made on Wednesday by Kentucky GOP Representative James Comer, who is to be the new incoming chairman of the House Oversight Committee, the main goal is to keep the president and his failing administration in check and held accountable for his actions.

He said, “It’s been over a year since the Biden Administration’s botched Afghanistan withdrawal, and the American people have not received any answers about this national security and humanitarian catastrophe.”

He further pointed out that due to Biden’s misguided plans, Americans lost their lives, billions of taxpayer dollars were wasted, US military equipment was left in the hands of the Taliban, progress for Afghan women has stopped, and an entire region of the world was immediately drenched in hostile and terrifying conditions.

And if all that wasn’t enough, the respect that most nations had for the US and its military might is now drastically, if not completely, gone.

Comer wants answers, and he wants them now. No, that means he’s not waiting until January when he’s officially installed as chairman of a major committee within the majority party.

In fact, he’s already sending out letters to a number of Biden administrative officials asking for information, documents, and anything else that might get him and the American people some sort of explanation. The secretary of defense, secretary of homeland security, chairman of the joint chiefs, administrator of the US Agency for International Development, and secretary of state top that list.

Additionally, Comer is asking for information about how and why incoming Afghan refugees were screened the way they were. Of course, he’s also demanding that certain documents surrounding the grossly mismanaged withdrawal be declassified so that the American people be given as many answers as possible.

He noted that this isn’t the first time most of this information has been asked for. In fact, he said that House Republicans have asked for similar details no less than ten times since the event, and yet each and every time, those requests were either completely ignored or declined.

Now that Republicans are in charge, or soon will be, the hope is that this information is finally given. And if leading Democrats and Biden admin members still refuse, Comer warns they will be met “with the power of the gavel.”

Hopefully, that threat is enough to make them cooperate.

Comer is right. We deserve answers. And not just for Biden’s sloppy Afghan withdrawal.

What about his family’s shady business dealings? What about all the wasted pandemic relief funds, the ongoing border crisis, the energy crisis, COVID origins, how US taxpayer dollars were used to fund it, and so much more?

It’s time Biden and his ilk did some explaining. They wanted Trump to answer for all kinds of made-up crimes. It’s time to make sure their actual crimes are responded to. If that means we end up impeaching a president and a few cabinet members, so be it.