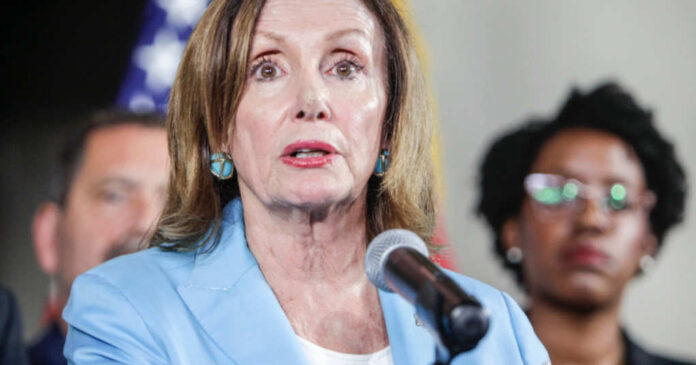 Although Pelosi won reelection in the midterm election, she recently stepped down from House leadership to allow Rep. Hakeem Jeffries (D-NY) to serve as the House Democrat Leader in the next Congress.

However, Pelosi was hesitant to say whether she would serve the full two-year term her constituents just elected her to.

“Will you commit to serving your full two-year term for the people of San Francisco?” One reporter asked Pelosi during the press conference.

“What is this? What is this?” a seemingly annoyed Pelosi responded. “Don’t bother me with a question like that. Really. Really, okay?”

Pelosi added that the reporter’s question was “such a waste” of her time.

“I said what I’m gonna do. Those kind of questions are such a waste of my time,” Pelosi said.

The reporter’s inquiry was valid because Pelosi is not on record saying she will serve the full two-year term. Further, reports from earlier in the year claimed that Pelosi “is expected” to retire after the midterm elections.

Additionally, two staffers abandoned her office last December, which added fuel to the suspicions that Pelosi would retire after the midterms.