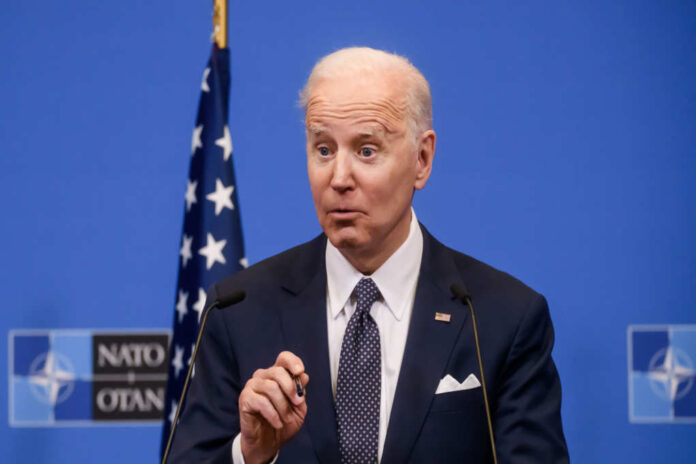 Speaking with veterans at a town hall, Biden told a story of when he was in Iraq as Vice President and he was asked to pin a Silver Star on a service member for rescuing a comrade that had fallen 150 feet.

“This young man climbed down the hill, put a guy on his shoulder, and brought him back up and was shot at on the way up,” Biden explained. “And he got there and I went to present it to him, too.”

The president continued by recounting the story of the soldier telling him that he did not want the medal because his friend had died.

But the president got his facts wrong.

The event took place in Afghanistan, not Iraq. The medal Biden presented was a Bronze star, not a Silver Star. The award for the soldier was for the heroic act of going into a burning vehicle to save one of his friends, not for repelling into a ravine carrying his comrade 150 feet up a hill under gunfire.

This is not the first time that Biden has been called out for getting the story about a soldier he met horribly wrong.

He delivered different versions of the story throughout the 2020 presidential primaries but as the Washington Post detailed, Biden appeared to be jumbling three different stories into one, making his more dramatic.

“In the space of three minutes, Biden got the time period, the location, the heroic act, the type of medal, the military branch, and the rank of the recipient wrong, as well as his own role in the ceremony,” the Post reported.

“The emotional element of a soldier who feels his medal is unwarranted is accurate. But Biden embellished the tale with details to give the story an unimpeachable ring of truth, and the facts don’t back that up,” they wrote.

The only thing true about the story was that Biden awarded a Bronze Star to Staff Sgt. Jeremiah Workman at Forward Operating Base Airborne in Wardak Province, Afghanistan, on Jan. 11, 2011.