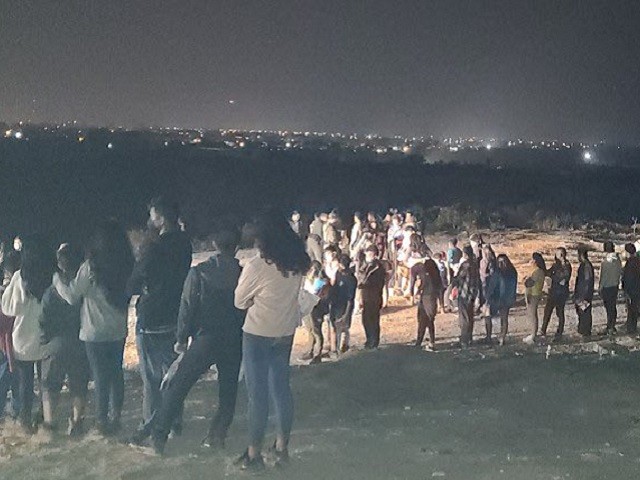 Representative Tony Gonzales (R-TX) said on Sunday on CBS’s “Face the Nation” that a “hurricane of migrants” is hitting the city of El Paso, TX.

Gonzales said, “It is a dire situation in El Paso. As you know, the city declared a state of emergency. This is something you do when there’s a hurricane, a fire, an earthquake. What is happening is it’s a hurricane of migrants, and everyone is impacted. I represent 823 miles of the southern border.”

He continued, “I was just in El Paso a few days ago, and what I saw at the migrant center I had never seen before. I have visited the processing center there many times. What I saw were hundreds, over 500 migrants in a pod. They call them pods, essentially a large cell that holds about 100 people. There’s one bathroom; the odor is terrible. There’s eight pods in there. So, those are the good conditions. Outside, just above the hill, there is a little over 1,000 migrants waiting in outdoor conditions. Not to mention the people that are waiting by the bridge and elsewhere. It’s a very dire situation in El Paso.”

Gonzales added, “Throwing money at a problem does not solve a problem. You can have an unlimited amount of soft-sided facilities. The problem is enforcing the laws already on the books. I’d also argue the bulk of people that are coming over are just trying to live a better life. I get that. They’re coming here for economic opportunities. But that doesn’t qualify for asylum.”