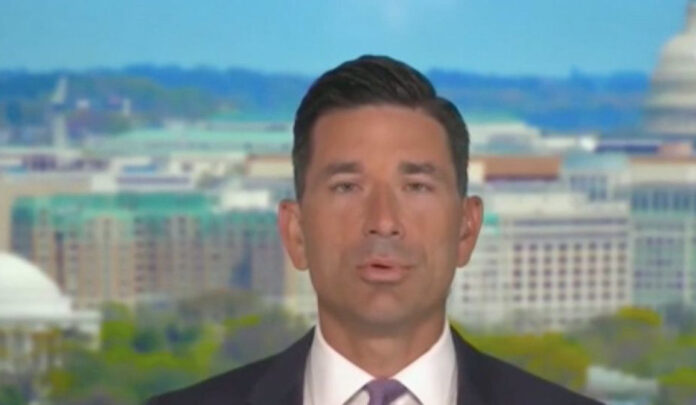 Most Americans will agree that the border system needs to be fixed. It’s a complete and utter disaster. Yet, the Biden administration seems to be working to break it beyond repair rather than fixing it.

Why would they do such a thing?

One, the border was running smoothly under former President Trump – and anything that Trump did needs to be reversed, according to liberals.

Two, illegal migrants help to wreck the economy. The Biden administration isn’t even hiding the fact that they want Americans to become dependent on the government, making it easy to push closer toward socialism.

In the past, only border states would typically have to worry about illegal migration. The problem with the way that the Biden administration is handling things is that every state is now becoming a border state. Why? According to former DHS Acting Secretary Chad Wolf, the administration is breaking the system on purpose to allow for the massive influx of immigrants.

During an interview on Fox News’ Sunday Morning Futures, Wolf points out that there are too many minors in custody. Since the facilities can only hold so many, they are pushing those individuals out to other parts of the county. “They are pushing these populations all across the country because they have broken the system.”

If the system were working, the facilities wouldn’t be overcrowded.

The bigger problem is with Alejandro Mayorkas, the new DHS Secretary. He seems to be content with not only allowing illegal immigrants into the country but also lying to Americans about it. As Wolf claims, Mayorkas “continues to say the border is closed and the border is secure. That is a lie.”

Anyone who has been down to the border can clearly see that it’s not closed. Biden can say it’s closed. So can Mayorkas. But until they actually close it and stop accepting illegal immigrants, whether they’re unaccompanied minors or entire families, it’s not really closed.

The Biden administration has let the entire situation get out of control. And placing Kamala Harris in charge has only allowed it to get worse. She’s searching for the root cause rather than dealing with the immediate problem.

Until she’s ready to explain the root cause to everyone, which everyone already knows, she can stay ignorant to the problem and avoid doing anything.

Plenty of countries around the world have dealt with immigration problems before. They close down the borders and they stick to their immigration policies.

Right now, the U.S. is acting as if we don’t have immigration policies. We have them, but Biden’s Department of Homeland Security is pretending as though they don’t exist.

If we wanted to, we could close down the borders. We could continue building the wall. And, anyone who entered the country illegally could be arrested and/or deported.

Those in Mexico and Central America want to bypass all of it. And, they’ll risk entering the country illegally because the Biden administration has set the precedent that nothing bad will happen to them. If anything, they’ll be welcomed, given housing, and even be given access to stimulus money.

It seems that the only ones who really know what’s going on are the state governments in the border states. Texas Governor Greg Abbott has identified that there’s a deadly surge of fentanyl coming in at the southern border. Yet, the Biden administration wants to continue to ignore that tidbit.

Instead, Biden will allow the illegal immigrants to enter illegally and bring in their illegal drugs. Then, Biden will wonder why the country is crippled with drug addiction and crime.

Of course, the Biden administration still doesn’t want to accept blame for the surge. Even now, the press secretary will blame the Trump administration – even though it was Trump who had kept the flow of migration at an acceptable level.

Biden’s eight-year path to citizenship tells you why they’re breaking the system. In just eight years, they can have all the liberal voters they’ll need to ensure they can win any election they want.