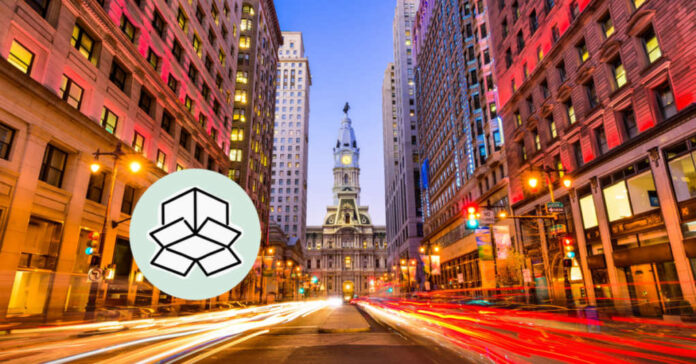 One of the most obvious giveaways of the communist insurgents driving the fake Black Lives Matter riots of 2020 was the destruction of statues. History always starts at “Year Zero” with the communists. In order to successfully overthrow a nation, they have to destroy its institutions and its history. That means tearing down statues and pretty buildings, so that once everything starts falling apart under communism, hopefully, no one will remember that the old system built by other people actually worked better. Fortunately, we have some good news to report on that front out of Philadelphia.

Ultra-progressive Philadelphia Mayor Jim Kenney came up with a novel solution in 2020 when BLM activists wanted to tear down the city’s statue of Christopher Columbus. He put a big, ugly cardboard box over the statue. Problem solved!

But the problem wasn’t really solved. People still understood that Columbus was underneath the big, absurd box at Marconi Plaza in South Philly. They wanted the statue gone because their ancestors were not as impressive as Columbus (which is what all the statue wrecking is really about). Mayor Kenney then announced that they’d remove the statue as soon as the city gets around to it.

That didn’t sit well with certain people who Marconi Plaza is named after. Groups of Italian Americans sued the city to prevent the removal of the statue. The judge finally ruled in the case against the city and went even further than that.

The Columbus statue was donated to Philadelphia back in 1876 by its Italian citizens. One of the ironies of this attempt to destroy the Columbus statue is that he represents a smaller group of Americans than BLM claims to represent. If we’re handing out diversity Pokémon points in this country, it should be noted that black Americans make up 13% of the population, and Italian Americans make up just 5.1%. The judge was not very keen on BLM trying to bully a smaller group of people.

In her ruling in favor of keeping the statue, Judge Mary Hannah Leavitt stated that Philadelphia “has a fiduciary duty to preserve that statue, which it designated a historic object in 2017. The Columbus statue is not City property.”

Oh, that’s hilarious! Just five years ago, Mayor Jim Kenney cherished the Columbus statue so much that he had it designated as a historic object. Once the BLM BS started, he covered it in a big ugly box. How quickly priorities change when you’re facing a lawless mob and unwilling to stop them!

Not only does Philadelphia now get to keep its Christopher Columbus statue, but the judge also ruled that the city has to take down the big ugly box. It’s a nice statue – certainly nicer than the big ugly box. Fortunately, people will be able to see it again now.

This was a good step for America. BLM didn’t build all the statues that they want to tear down. Whatever their illegitimate communist grievances may be, that doesn’t give them the right to tear down, deface, or destroy public works of art. There’s not even any rhyme or reason to the works they’re destroying. They’ve wrecked statues of black American heroes. They’ve wrecked Civil War monuments that commemorate emancipation. To prove that they are truly a bunch of idiots, they defaced the statue of blues guitarist Stevie Ray Vaughan in Houston.

Now that the Columbus statue has been uncovered again, and the fervor of statue wrecking has died down, we hope that the monument to Columbus’s achievements stays there for many centuries to come. Lesson to progressives: It’s not okay to break stuff that doesn’t belong to you.