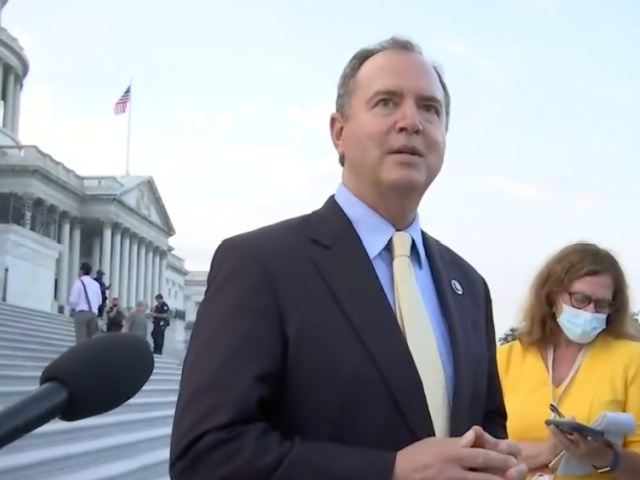 Representative Adam Schiff (D-CA) said Monday on MSNBC’s special coverage of the January 6 House Select Committee’s hearing that if the Department of Justice does not charge former President Donald Trump after the committee’s work, the country will want to know why justice was not being done.

Schiff said, “I certainly hope that we’re going to see a different kind of accountability where it doesn’t matter what your position is or was that you are treated equally before the law. But I am concerned about it. It’s taken the Justice Department a long time to get to the point where it is. They move quickly with respect to the foot soldiers who broke into the building and hurt police officers but moved slowly when it came to people higher up in the organization of this assault on our democracy. So I am concerned with it, and one of the reasons for a criminal referral by Congress is for accountability and not just of the perpetrators but accountability of our Justice Department and justice system.”

“The Justice Department, if they decide not to charge Donald Trump, doesn’t actually have to go out and explain why. But the country now knows that Congress certainly, this committee believes that he’s committed criminal acts, and so the country will want to know why isn’t justice being done. I do think that will cause the Department of Justice to think long and hard about these charges, about the evidence, and about the importance of making sure that presidents don’t get a pass.”