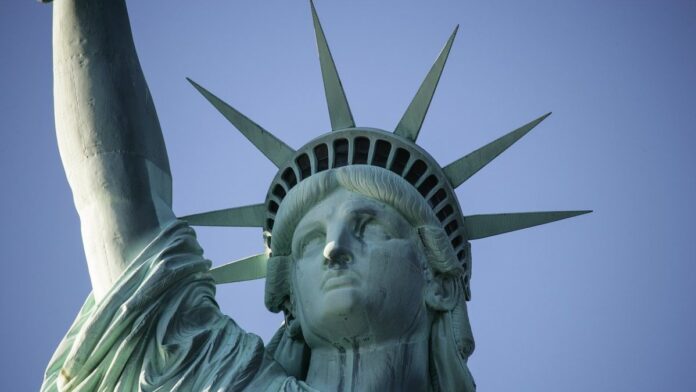 The Democrats may be shocked, but the rest of us could see the writing on the wall.

For the longest time, left-wing media types and leaders in the Democratic Party repeated ad nauseum the tripe that “demographics are destiny” and that the inexorable rise of minorities in the U.S. would seal a permanent Democratic majority at the national level for a century.

Turns out, that was just “malarkey,” as Joe Biden would say. These working-class legal immigrants are increasingly finding a home in the modern Republican Party.

The cause of this “unseen” shift can be attributed to President Trump’s “America First” jobs agenda and the Republican Party’s values of family, faith, and entrepreneurship.

It must also be noted that President Trump was the first Republican presidential candidate in living memory to actively reach out to minority voters more broadly and directly ask for their vote, as the Trump campaign did with Cubans and Venezuelans in Miami-Dade County in Florida, the Tejano population along the Rio Grande border in Texas, and Native American populations across the U.S., including the Lumbee Tribe in North Carolina’s Robeson County, which Trump won 59% to Biden’s 41% and which helped secure victory for President Trump in the state.

While the Republican Party under President Trump made a concerted effort to reach out to minority groups more broadly, immigrants to the U.S. voting in the Republican column came as more of a surprise to Democrats and Republicans alike.

Immigrants who come to America legally should be celebrated: they are seeking the American Dream wherein one can obtain a good life and good job and raise a family in a safe neighborhood given that one works hard and plays by the rules.

These immigrants come from all over the world: Vietnam, Mexico, Poland, Nigeria, Venezuela, India, and, yes, even Red China, where they can’t leave fast enough.

Many of these immigrants – that is, those who come to the U.S. legally – are immensely proud of their U.S. citizenship and go on to start a business and raise a family.

Many of these legal immigrants even perform better on U.S. civics exams than many U.S. natives (which tells you something about the abysmal state of public schools in America).

Across the U.S., areas with large populations of Latinos and Asians surged in turnout and showed a sizeable shift to the right.

This phenomenon was clear in big cities like Chicago and New York, as well as states such as California and Florida, and along the Texas border.

While Biden beat Trump in most of these places, Biden’s margins of victory were substantially slimmed, marking a shift away from what has been considered “conventional wisdom.”

For instance, in Chinatown in Chicago, President Trump’s vote increased by 34 percent over 2016, while Biden received 6 percent fewer votes than Hillary Clinton.

As the media would’ve had you believe, President Trump and his rhetoric was political rat poison to immigrant populations. Instead, many immigrants saw through the left-wing media’s lies and recognized in the Republican Party and President Trump an ally on their side in their quest to earn a decent living, raise a family and send their kids to good schools.

“There remains a huge reservoir of Latino nonvoters and low-propensity voters,” said Roberto Suro, a professor of journalism and public policy at the University of Southern California. “And if increased turnout improves the G.O.P. share, that would overturn a great deal of conventional wisdom about the political impact of demographic change.”

The Democrats should be concerned.

The Republican Party is the only home left for American values, faith, and family in the United States – and most immigrants, who are religious and conservative by nature, recognize this fact.