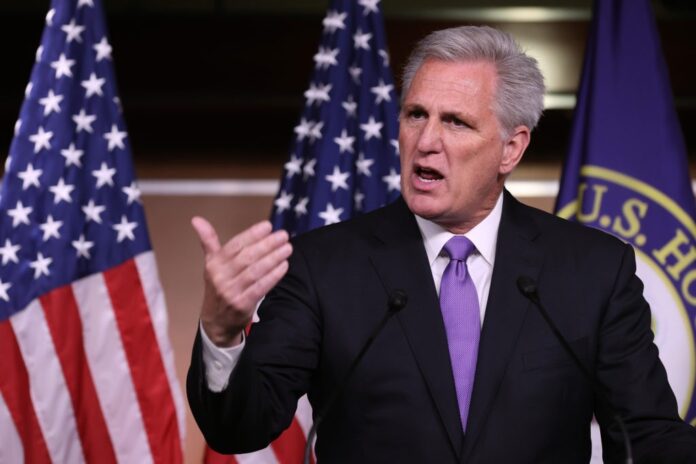 Greene, a vocal supporter of McCarthy’s bid for speaker, took aim at those she described as “Never Kevin Caucus” members in a 25-tweet thread on social media over their opposition to voting for McCarthy on January 3.

“It’s time for my friends in the Never Kevin Caucus to stop lying to the base just bc they don’t like Kevin McCarthy,” Greene wrote. “They do not have a plan and there is no consensus candidate. Sabotaging the country for personal reasons is not brave or righteous.”

Read highlights from Greene’s statement below:

“Over time, I learned many of his goals are actually aligned with mine and the conservative base,” Greene said of her conversations with McCarthy.

“There is no one else running for Speaker. And no one in our conference could get 218 that would do these things,” Greene said, in reference to the number of votes McCarthy would need should every voting member of Congress be present on January 3 and vote for a person, rather than vote “present.”

Others, particularly some of those in the conservative anti-establishment House Freedom Caucus, have not voiced their commitment to voting for McCarthy but have shown an openness to it.

If McCarthy does not win the speakership on January 3, a number of scenarios could play out, including a doomsday scenario in which Democrats and a handful of Republicans unite to elect a centrist speaker who could weaken Republicans’ investigative pursuits. In another scenario, multiple ballots could occur, which could cut into days or even weeks of valuable session days, before a speaker is elected. The latter scenario would bring the Republican-led House’s business to a screeching halt as no other substantive activity can occur until a speaker is chosen.

Gaetz in an interview with Charlie Kirk on Monday said he would support House business being delayed until as late as March if it meant McCarthy would not be speaker, a comment that drew criticism from several, including Greene, who oppose the prospect of the House being thrust into a state of paralysis.

Gaetz reasoned that he had “been to this movie. I’ve seen the way the guy acts in leadership, and there’s not gusto there. There’s no strength. There’s only slower surrender than yesterday.”

Neither the five outspoken “no” votes nor those on the fence have however publicly laid out a bulletproof plan for a conservative member to achieve 218 votes, all but ensuring chaos will ensue if McCarthy does not win.

Former President Donald Trump recently came out in support of McCarthy in an interview with Breitbart News’s Matthew Boyle, saying that those opposing McCarthy are playing a “dangerous game.”