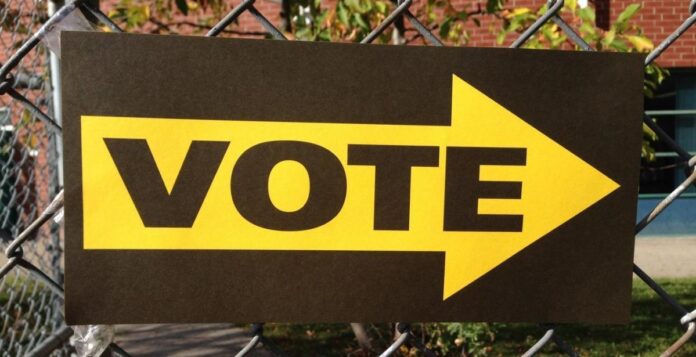 It took nearly two months but the state of Pennsylvania may finally be held accountable for the voting fraud that they actively encouraged. The Pennsylvania House has taken a closer look at the certified votes, discovering a major discrepancy in the process. Over 200,000 ballots were counted, even though these votes were never cast.

This more than accounts for the difference in votes between Biden and Trump. Republican State Representative Russ Diamond has tweeted about the matter, in hopes of calling attention to what is taking place. The results in Pennsylvania are nowhere close to correct. How could 200,000 votes be counted and certified in error?

This is the sort of thing that only happens when Democrats are allowed to run amok. On Representative Diamond’s website, a statement was issued by a group of GOP representatives.

“A group of state lawmakers performing extensive analysis of election data today revealed troubling discrepancies between the numbers of total votes counted and total number of voters who voted in the 2020 General Election, and as a result are questioning how the results of the presidential election could possibly have been certified by Secretary of the Commonwealth Kathy Boockvar and Governor Tom Wolf.

These findings are in addition to prior concerns regarding actions by the Supreme Court of Pennsylvania, the Secretary, and others impacting the conduct of the election. A comparison of official county election results to the total number of voters who voted on November 3, 2020, as recorded by the Department of State shows that 6,962,607 total ballots were reported as being cast, while DoS/SURE system records indicate that only 6,760,230 total voters actually voted.

The difference of 202,377 more votes cast than voters voting, together with the 31,547 over- and under-votes in the presidential race, adds up to an alarming discrepancy of 170,830 votes, which is more than twice the reported statewide difference between the two major candidates for President of the United States. On November 24, 2020, Boockvar certified election results, and Wolf issued a certificate of ascertainment of presidential electors, stating that Vice President Joe Biden received 80,555 more votes than President Donald Trump,” their message reads.

The representatives released an additional message but the point here is very clear. This state was stolen by Joe Biden and no one should rest until the proper votes have been restored to the rightful winner.

It did not take long before President Trump weighed in, either. He shared the information on Twitter, as per his usual.

Twitter flagged the tweet and claimed that he was spreading misinformation, as per their usual. They will stop at nothing to make sure that Trump is removed from the White House. The mainstream media continues to cater to the leftists and they have come too far now to ever turn back.

“Breaking News: In Pennsylvania there were 205,000 more votes than there were voters. This alone flips the state to President Trump.”

It does not matter how glaring the evidence becomes. They are sticking to their guns and they do not care who knows it. Rigged voting machines? No problem. Poll workers who were clearly seen adding their own briefcases full of ballots into the mix? That’s nothing for anyone to worry about. It’s going to get harder and harder to ignore the data, though.

The evidence is piling up quickly. There isn’t a big enough rug for the Democrats to sweep all of it under at this point. That’s why they are banking on the continued indifference of the American people. Until people are willing to get more upset about the stolen election, all of our pleas are going to continue to fall on deaf ears.

One thing is for sure: President Trump is not going to give up, no matter what. Even if Biden is able to successfully make his way into office, we are fairly certain that the resulting rallies would be enough to give any Democrat pause. The last thing that anyone on that side should want is to hand him a cudgel to repeatedly beat them over the head with for the next four years.