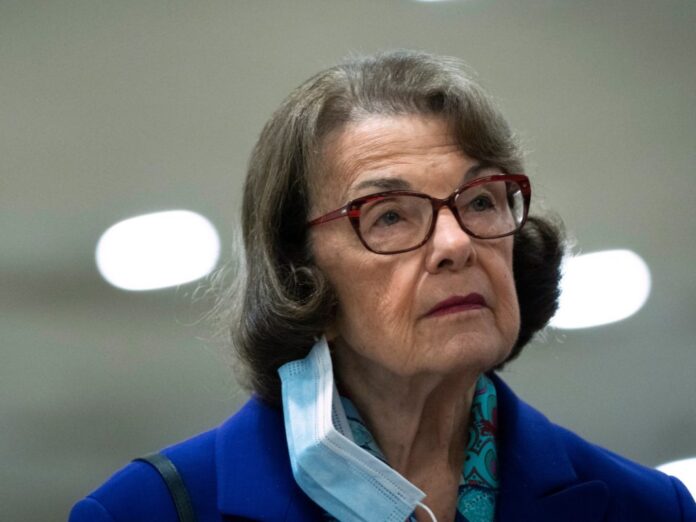 Feinstein has shown apparent signs of forgetfulness lately, and her staff has reportedly been working to obscure her cognitive problems from public view and media scrutiny. For example, Feinstein said last month that she had not “thought about” serving as Senate president pro tempore and told reporters she would “let [them] know when” when she did consider taking on the role, but in a statement to the Washington Post in October, she ruled out the idea of filling the position.

Feinstein recently stated that she intends to finish her term but is weighing retiring at its conclusion. If she does call it a career, a number of Democrats will likely vie for the coveted seat in what would likely be a highly contentious and expensive primary and general election.

Darry Sragow, a Democrat strategist, told the Los Angeles Times last month that an open seat race would be a “real free-for-all.”

“There are a lot of very ambitious players in California who would give anything to have one of those two seats,” he said. “So, yeah, there would be a lot of contenders.”

One politician already eyeing the position is Rep. Adam Schiff (D-CA), who forwent an opportunity to pursue the Democrat House leadership role as he mulls over a run. On Saturday, he appeared on KTTA’s The Issue Is and told host Elex Michaelson that he is receiving “a lot of encouragement to run for the Senate from people in California and colleagues here in Congress.”

Reps. Ro Khanna (D-CA) and Katie Porter (D-CA) are receiving requests to run as well, as Politico’s Jeremy White reported earlier this month, while Rep. Barbara Lee (D-CA) is using time over the holidays to decide on her future. Khanna is receiving encouragement to launch a Senate bid from progressives aligned with Sen. Bernie Sanders, while a source close to Porter said she is fielding requests to run from Californians and is “absolutely considering a 2024 Senate campaign.”

Khanna has been a critic of Feinstein in the past, including after she announced she was seeking reelection in 2018. Hours after her announcement, he told Politico he spoke to Lee and former U.S. Labor Secretary Robert Reich and urged them to primary Feinstein.

In an opinion article, L.A. Times Capitol Journal Columnist George Skelton mentioned Gov. Gavin Newsom (D-CA) as a potential suitor for the seat. Though Newsom – who just won reelection and will serve into 2027 – has taken apparent steps to build his national brand and has been discussed by pundits as a potential 2024 presidential candidate, he told the San Francisco Chronicle earlier this year that has “sub-zero” interest in running for the presidency in the next cycle. Skelton asserts that his “only logical next elective office” would be the 89-year-old’s seat. Newsom would have to forgo the final two years of his gubernatorial term to serve in the Senate.