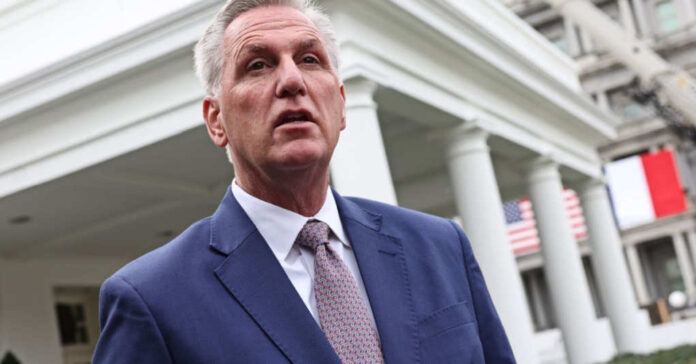 The GOP will take over the House on January 3, and it looks like the battle for the speaker’s gavel is intensifying.

Kevin McCarthy (R-CA) is the current minority leader and the GOP’s official speaker candidate, but he is facing opposition from the right side of his party. There are more than a handful from the House Freedom Caucus who are publicly talking about their dissent.

Andy Biggs (R-AZ) is challenging McCarthy, but he lost when the Republican caucus voted for their candidate last month. He wrote earlier this month that he would challenge McCarthy once more when the full chamber votes for its new speaker in January.

Matt Gaetz (R-FL) was an ally with Biggs in opposing McCarthy, but now he is writing on Twitter, “All I want for Christmas is Jim Jordan to realize he should be Speaker of the House!”

Jordan is preparing for his new role as chairman of the House Judiciary Committee, and he has not indicated that he has the desire to be the speaker. He has also urged for unity in his party, he doesn’t want any moderate Republicans deciding to work with the Democrats for any candidates.

Republicans will hold a very thin 221-213 majority over Democrats, and McCarthy needs 218 votes to become the next speaker. He only received 188 votes when Republicans nominated him for the position, with Biggs getting 31 votes.

So the bottom line is that McCarthy will spend the rest of this year trying to whip out support to win votes and probably making some concessions.

If for some reason, McCarthy can’t get the votes and several roll calls don’t change people’s votes, some are questioning whether McCarthy’s current deputy, Steve Scalise (R-LA), could step in and win.

The Washington Times reported some Republican lawmakers have warned Scalise to “be prepared to step in if Mr. McCarthy cannot secure a simple majority when lawmakers in both parties vote for House speaker on the opening day of the 118th Congress.”

That battle rages on.