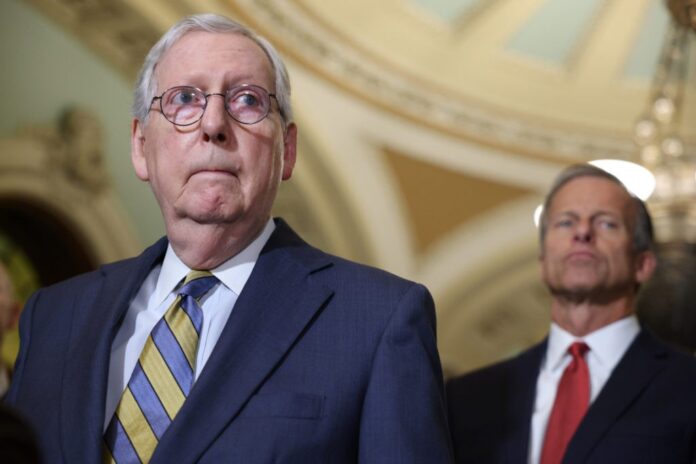 Hawley served as one of the roughly ten Senate Republicans to oppose McConnell’s bid to continue serving as the Senate minority leader.

Breitbart News Editor-in-Chief Alex Marlow asked Hawley how McConnell maintains power despite the growing number of Senate Republicans opposed to his leadership and if he anticipates any backlash from his opposition to McConnell.

Hawley responded, “I’m from the state of Missouri. We’re pretty independent-minded. In my view, we have to do what is right. You have to have the courage of your convictions. So I’m happy to go out there and say, ‘We need a change in direction in the Senate GOP.'”

Hawley then explained the many ways that Senate Republicans have enabled President Joe Biden and the left’s legislative agenda to prosper.

“Listen, if you look at the last just two years in the Senate: Cave to Big Pharma on insulin. Cave to Chuck Schumer on gun control. Cave to the radical left on the climate agenda. That’s the so-called infrastructure bill,” he said.

Hawley emphasized, “That’s a terrible record. And then they wonder, Why didn’t we do better in the midterms? Gee, why, I don’t know.”