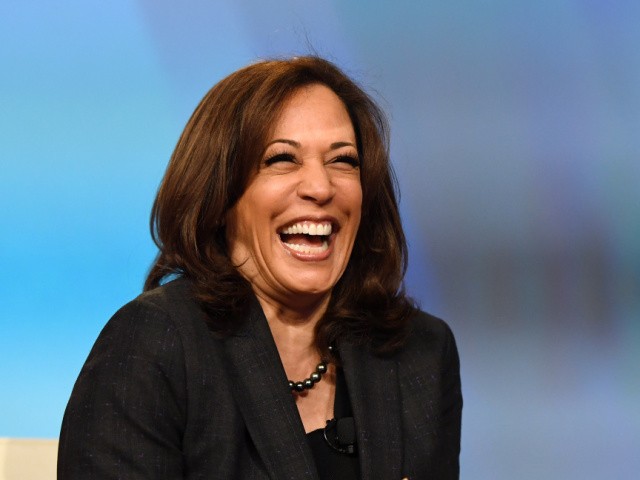 The U.S. Senate Sergeant-at-Arms Protocol Office blasted out a message on Thursday to all Senate offices noting that Harris’s office is requiring the coronavirus tests before taking photos with the vice president.

“The Vice President’s office has requested that we send their standard COVID-19 protocol information to offices participating in the reenactment opportunity in the Old Senate Chamber. Please see their suggested process below,” the Senate Sergeant-at-Arms Protocol Office said in the email obtained by Breitbart News. “We look forward to welcoming all Senators and their families for the reenactment opportunity on January 3rd.”

The email forwarded a message sent from Grisella Martinez, the Director of Legislative Affairs in the Office of the Vice President, in which the senior Harris staffer relayed the coronavirus testing requirements.

“We look forward to welcoming your Senator on January 3, 2023, to the ceremonial reenactment for incoming and newly re-elected Senators in the Old Senate Chamber,” Martinez wrote. “As you are aware, White House COVID-19 protocols require that anyone over two-years of age who will interact with the Vice President take a medically-administered antigen test within 24 hours prior to interaction, and receive a negative result. This policy applies regardless of vaccination status.”

Martinez continued in her message by noting that both incoming and returning Senators, their spouses, and “and other guests who will participate in the ceremonial swearing-in reenactment in the Old Senate Chamber” may take a coronavirus antigen test on the morning of Jan. 3, 2023, in a U.S. Senate office building or “submit the negative results of a medically administered test emailed to” a White House specified email address before 9 a.m. on Jan. 3–and that the test must be taken “within 24 hours before 1pm on January 3, 2023.”

At the beginning of a new Congress, senators are sworn in officially–and then there is a separate ceremonial reenactment of the swearing-in where senators take photographs with the Vice President of the United States whose Constitutional duties include presiding over the upper chamber of Congress. Often, senators’ families and close friends also attend the ceremonies–including their spouses, children, and grandchildren. Many senators have young children and grandchildren, and several U.S. Senate sources told Breitbart News they are uneasy with these coronavirus testing requirements on their young family members.

“This many years into the pandemic, especially as the Biden administration is in court currently trying to argue the pandemic is over and it should be allowed to lift Title 42 authority at the border, this is beyond ridiculous,” one source close to a senator told Breitbart News. “Senators’ children and grandchildren should not be subjected to this insanity so Kamala can pretend to care about fighting coronavirus. At what point does the madness end?”

Some senators, sources familiar with the matter said, are apparently so upset they might not participate in the photo ceremony with Harris and may instead snub the vice president on the first day of the new Congress.