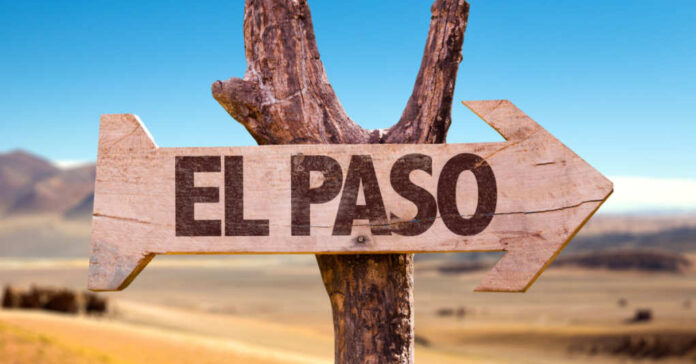 “All efforts in Congress to push past immigration limits failed [because of Republican legislators, and that] reinforced the administration’s commitment to creating their own immigration system through executive fiat,” without regard to Congress’s annual caps on immigration, said Mark Krikorian, the director of the Center for Immigration Studies.

Through the year, Democrats increasingly favored migrants above Americans — even though roughly six million working-age American men have fallen out of the workforce since 2000.

So Democrats in Congress helped Democrats in the White House smuggle roughly 2.2 million southern migrants over the southern border, and also to supercharge the transfer of legal migrants and visa workers into U.S. jobs. “The issue of immigration is how do we make sure that companies and businesses have the opportunity to employ people,” labor secretary Marty Walsh said in December.

That partnership allowed at least 3.3 million legal, illegal, and quasi-legal migrants into the jobs, schools, careers, and housing that are needed by the 60 million adults and parents who earn less than $1,000 a week. The inflow is so huge that it added roughly one migrant for every American birth during the year.

The establishment media — such as the TV networks and the New York Times — hide the scale and economic impact of Biden’s migration from most Americans.

But the migration inflow is shifting national opinion against migration, according to YouGov polls that ask Americans if the migration makes America “worse off” or “better off.”

That result is matched in polls funded by business groups and by progressives, such as an August poll by NPR, which showed that most Americans describe Biden’s migration as an invasion.

The public reaction is even more hostile when Americans are offered an excuse to reject Democrat party demands or the establishment’s 1950s fake narrative that America is “a Nation of Immigrants.” In December, for example, four out of five Americans said they wanted to keep the Title 42 anti-migration barrier.

The rising opposition to migration is especially high among Republicans. In November, one in six Republicans — 16 percent — said their top priority is immigration policy.

Four weeks later, the House GOP caucus joined with some Democrats to reject the EAGLE Act.

The EAGLE Act was a migration giveaway to coastal investors and Fortune 500 companies. It would have spiked the inflow of low-wage, no-rights foreign workers into the white-collar careers sought by many skilled Americans. The bill passed the House easily in 2019 and everyone expected it to pass because the GOP is normally favorable to the business and investor groups that have been pushing the bill for several years.

The EAGLE Act was blocked in December because the Republican legislators increasingly distrust the coastal investors that fund the Democrat party — and that also fund myriad progressive groups that demand more migration, mandatory diversity, transgender claims, radical schooling, extreme environmentalism, and much else that damages the civic rules which ordinary Americans need to manage their communities.

Republican legislators also blocked a huge amnesty that was touted as decent aid for a few million younger migrants, and they blocked a farmworker amnesty that would have devastated rural towns by allowing agriculture employers to hire unlimited foreign workers in exchange for tickets to citizenship. Midwestern GOP Senators also recognized how migration hurts their heartland communities — and so they blocked a bill that would have allowed Fortune 500 companies to hire myriad foreign workers for a vast range of midwestern jobs sought by U.S. graduates.

GOP leaders shut down a plan to expand the inflow of Afghans into American society.

Republican legislators also shut down Biden’s major amnesty bill that would have created a national amnesty for at least 12 million illegal immigrants. That bill would have also accelerated the inflow of chain-migration migrants, so shrinking wages and spiking inflation.

The amnesties failed partly because impatient agency officials opened the border to a rising flood of migrants, said Krikorian. “The border is such a disaster that it is made the kind of measures that business wants radioactive to not just among Republicans,” said Krikorian. “Even a lot of Democrats probably don’t see any need to take more chances politically,” he added.

GOP leaders are also more skeptical of the business donors that provide vast funding to Democrats and their networks of progressive groups, he added. “If they called for something 15 years ago, maybe Republicans would have jumped and helped them out,” said Krikorian, adding:

But nowadays, they’re not likely to get a warmer reception from a lot of Republican offices than they get from Planned Parenthood or the AFL CIO … Big corporations, but not only in tech, are now part of the left’s coalition. So do you so why would Republicans cater to them?

The Democrats were bound to make gains in 2021 and 2022 — they controlled the Senate, the House, and the White House.

This allowed congressional Democrats to block spending curbs on Biden’s off-the-books immigration system. So Biden’s deputies admitted roughly 2 million southern migrants, plus 250,000 Afghans and Ukrainians, plus 25,000 refugees. This huge inflow pushed the foreign-born population up to one in six of the population — and is effectively replacing the millions of American children not born because of economic pressure on American families.

Democrats also converted more migrants into legal residents and citizens. For example, they converted 1.5 million migrants into Democratic-leaning citizens before the 2022 mid-term election — so helping to defeat numerous Republican candidates in the 2022 elections. In January 2021, all 50 Republican senators lost their jobs as members of the majority when immigrant voters helped elect two Democrat senators in Georgia.

Democrats are backed by major investors and donors who want to expand the inflow of migrant workers, consumers, and renters.

In turn, the investors’ deputies in the TV and newspaper industry ensure that corporate-employed reporters can only produce very favorable coverage of migrants’ concerns. The result is that establishment media push the “Nation of Immigrants” narrative to hide the elite-backed policy of “Extraction Migration” which pulls poor people from poor nations into the U.S. so they can spike corporate revenues and Wall Street stock values.

The investors also fund a huge network of astroturf groups that are filled with ideologically and emotionally motivated advocates that are eager to help the elites divorce themselves from ordinary Americans. “It’s been a tumultuous year for immigration but I want to close it out by expressing my gratitude to everyone who’s helped move forward the cause of immigrants’ rights,” said a December 31 tweet by Aaron Reichlin-Melnick, the policy director at the American Immigration Council. “In a world that can often be harsh to the stranger, embracing those who are different than us is a noble goal,” he tweeted, without regard to the impact on his fellow Americans — or the massive death toll of migrants.

Republicans stopped the multiple amnesties — but it did not stop the Democrats’ extraction of roughly 3.5 million legal, quasi-legal, illegal, and temporary migrants for jobs, apartments, homes, and careers throughout the United States.

But the Democrats and their business allies have triggered a multi-national rush of wage-cutting, rent-spiking migrants, into American society — and there is little sign they can control the rush in 2023 and 2024.

Biden and his deputies claim they are managing the migration, Krikorian said, but “its all [political] damage control.”

The question now is whether Republicans can be pressured by voters and led by reform politicians to side with votes and develop a coherent plan to stop the mass migration that divides and impoverishes America outside the elite enclaves along the coast.

That plan would try to win over the increasingly skeptical swing voters with arguments about pocketbook damage, investment, jobs, and wages — as well as drug crimes and chaos. A March 2021 report by a business-backed group urged progressives to make emotional arguments and to downplay economic claims for more migration:

It is better to focus on all of the aforementioned sympathetic details of those affected [by an amnesty] than to make economic arguments, including arguments about wages or demand for labor. As we have seen in the past, talking about immigrants doing jobs Americans won’t do is not a helpful frame, and other economic arguments are less effective than what is recommended above.

But any GOP focus on pocketbook aspects of migration would anger the investors who want more migrants to fill jobs and housing that would otherwise go to young Americans. The donors are eager to slam illegal migration during political campaigns — Chaos! Crime! Illegal! Drugs! — but oppose any policy promise that would help Americans by reducing immigration.

The result is Republican rhetoric that is intended to not appeal to many swing voters — but just to boost turnout by GOP loyalists and to show support for local business elites.

“The thing I am most concerned with is a terrorist possibility of folks coming over,” Rep. Tony Gonzales (R-TX) said at a July 25 press event at the border. “I’ve met with my farmers and ranchers two days ago, and they’re going ‘Tony, there’s thousands of [illegal migrant] people coming through our sector, but yet I can’t find [immigrant] workers to help in the fields.'”

“The Republicans have yet to make a case why they’d make any difference,” Mike McKenna, a political consultant in Virginia, told Breitbart News in July:

“I’m not holding my breath [waiting for a GOP] pro-employee argument against immigration,” said Krikorian, adding:

More people are making that argument. So that is a positive sign, and the new Congress is going to have some high-profile members like [Sen.] JD Vance (R-OH) and others who will bring a pro-worker element to their critique of Biden’s immigration policy. That’s at least a move in the right direction. But I don’t expect [GOP leader Rep.] Kevin McCarthy [R-CA] or [Rep. Elise] Stefanik [R-NY] to be making that kind of argument.

Still, McCarthy has declared his opposition to a “comprehensive” amnesty deal migration and is touting a bill that would tie the hands of Biden’s pro-migration homeland secretary, Alejandro Mayorkas.