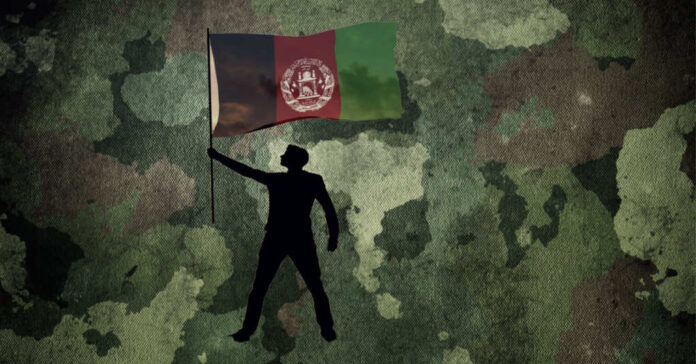 When Joe Biden handed Afghanistan over to a terrorist group in August of 2021, it was the most humiliating foreign policy defeat in United States history. But it wasn’t over. The debacle continues to be an amazing domestic policy failure as well.

The Biden regime brought more than 120,000 unvetted Afghans – many of them terrorists – to America and initially housed them on US military bases as fake refugees. As expected, many of the Afghans have not been behaving as grateful guests. According to a newly released Inspector General report, they did hundreds of millions of dollars in damage to the bases housing them.

The Afghanistan failure has largely been forgotten, thanks to the media steadfastly ignoring it. But the Afghans certainly made their mark on the US military bases while they stayed there at taxpayer expense. They were housed at US Army, Navy, Air Force, and Marine bases around the globe, but primarily here in the United States.

The Department of Defense Inspector General has just issued a report showing that the fake refugee ingrates carried out $259.5 million in damages that would ordinarily be viewed as sabotage. They did $145 million in damages at Fort McCoy, $26 million at Fort Pickett, and $15 million at Camp Atterbury. They also trashed facilities at Marine Corps Base Quantico in Virginia, Fort Bliss in Texas, Joint Base McGuire-Dix-Lakehurst in New Jersey, Holloman Air Force Base in New Mexico, and Ramstein Air Base in Germany.

Some of the damages that the Afghans caused at Ramstein were described as “unrepairable.” At Fort Lee, they damaged ceiling tiles, doors, and electrical outlets. The HVAC systems and the plumbing were wrecked at Fort Pickett. The IG report states that the “guests” stuffed things down the toilets to intentionally clog them, and the damages were so extensive that the clogs couldn’t be cleared with conventional plumbing methods and tools.

A National Guard training that was supposed to take place last March at Camp Atterbury in Indiana had to be relocated to Fort Campbell, Kentucky because the joint was so trashed.

The Afghans smeared so much of their own feces on the tents at Holloman that the Air Force had to burn them. They were unsalvageable. This is how they repaid the Biden regime’s short-sighted kindness. After bringing them here unvetted – and in fact, never vetting them – Biden has turned many of them loose to wreak havoc in American cities now.

Europe has learned the hard way that Afghans are ungrateful guests, to put it mildly. After the massive wave of refugees from the Middle East and Africa started pouring into the EU in 2015, countries suddenly started seeing shocking crime waves. The number of rapes and gang rapes, in particular, skyrocketed. Sweden had to open a rape clinic for men and boys – the first of its kind in Western civilization because the refugees were raping them, too.

Cheryl Benard, an expert on refugee resettlement in Austria, described the Afghan crime wave as “mind-boggling.” In a lengthy piece published in 2017, she described the horrific wave of local girls being gang raped in that country, which only started after the Afghan refugees started showing up. Benard describes menacing packs of up to 50 Afghan men terrorizing women at a train station. Local progressive law enforcement dismissed the problem, claiming the pack would disperse once the weather got better.

It’s not politically correct to talk about any of this, of course. But the fact remains that Joe Biden has now brought this problem to America. Why didn’t we hear about the huge problems the Afghans were causing on US bases a year ago when it started? For the same reason why Austrian law enforcement dismissed the Afghan rape gang problem. The progressives in our society are too uncomfortable talking about the fact that Afghans don’t fit in at all in Western countries.