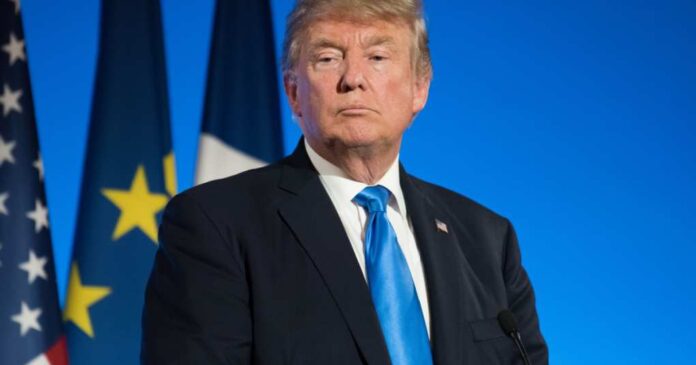 NBC News senior Capitol Hill correspondent Garrett Haake reported in a pair of tweets that he spoke with Trump on the phone Tuesday night and asked if he still backs McCarthy. Trump responded by saying, “We’ll see what happens,” without explicitly reaffirming or withdrawing his support of McCarthy.

With a very slim GOP majority of 222-212, McCarthy could only afford to lose up to four votes from his Republican colleagues and still hit the majority threshold of 218 to be elected speaker as all members of both parties were present and voting. Ahead of the first vote Tuesday, Rep. Paul Gosar (R-AZ) nominated Rep. Andy Biggs (R-AZ) for the speakership. Biggs, along with Rep. Matt Gaetz (R-FL) and others, have been leading voices in a faction of Republican representatives opposed to McCarthy.

McCarthy received 203 votes on the first ballot, 15 shy of what he needed, while all 212 Democrat members stood united and voted for Rep. Hakeem Jeffries (D-NY). With the GOP fractured, Biggs garnered ten votes, and another six backed Rep. Jim Jordan, who nominated McCarthy on the next ballot. Reps. Jim Banks (R-OH) and Byron Donalds (R-FL) each received a vote, as well as former Rep. Lee Zeldin (R-NY).

For the first time in nearly 100 years, a second vote was held, which yielded identical results for Jeffries and McCarthy, but all Republican members who opposed McCarthy consolidated behind Jordan, giving him 19 votes. As no candidate received a majority, the House went to a third ballot. The results of that vote were virtually unchanged, except one McCarthy supporter, Donalds, flipped his support for Jordan. After the third vote, the House motioned to adjourn, and the chaotic process will resume Wednesday.

U.S. Rep. Jim Jordan (R-OH) delivers remarks alongside House Minority Leader Kevin McCarthy (R-CA) as the House of Representatives holds their vote for Speaker of the House on the first day of the 118th Congress in the House Chamber of the U.S. Capitol Building on January 03, 2023, in Washington, DC. (Photo by Anna Moneymaker/Getty Images)

The dysfunction has sparked rumors of a “coalition government,” as Breitbart News reported:

Several sources on both sides of the aisle are beginning to talk of a “coalition government” type scenario-which Breitbart News previously reported was something pro-McCarthy conservatives were calling the doomsday scenario-whereby Democrats would deliver the votes necessary to elect a moderate establishment Republican as speaker in exchange for rules changes to the House rules that include eliminating the ability for the new GOP majority to issue subpoenas to President Joe Biden and his family. The fact that the 19 holdouts inside the GOP against McCarthy are showing no signs of budging or being willing to discuss things is making this scenario more and more likely.

Trump, who told Breitbart News Washington Bureau Chief Matthew Boyle ahead of Christmas that McCarthy “deserves the shot,” told Haake Tuesday that he received calls throughout the day requesting his support in the speakership saga. The reporter did not specify from whom the calls were coming.

While speaking with Boyle last month, Trump likened the speakership power struggle to 2015 when Republicans ended up with former Speaker Paul Ryan in the leadership position after ousting former Speaker John Boehner (R-OH). He called it a “very dangerous game that’s being played.”

“I think it’s a very dangerous game that’s being played,” Trump said. “It’s a very dangerous game. Some bad things could happen. Look, we had Boehner and he was a strange person but we ended up with Paul Ryan who was ten times worse. Paul Ryan was an incompetent speaker. I think he goes down as the worst speaker in history. We took [out] Boehner–and a group of people, some of whom are the same, and they’re very good friends of mine. All those people are very good friends of mine.”