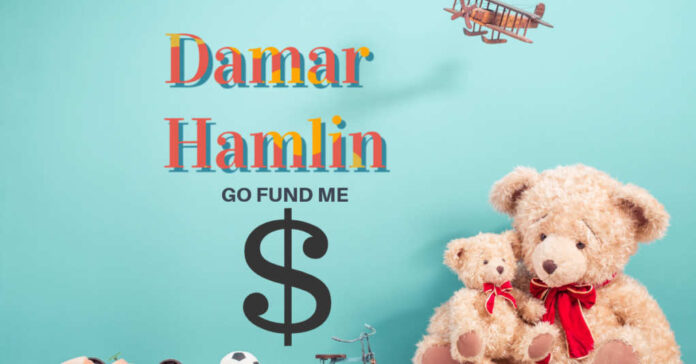 On Monday night, millions of eyes were on NFL football player Damar Hamlin as he collapsed on the football field and went into cardiac arrest. Medical teams rushed to the field while players surrounded them in prayer and gave Hamlin CPR to start his heart beating again. Eventually, an ambulance took him from the field to a local Cincinnati hospital. The game was ultimately postponed because of the devastation felt by the players and coaches.

Damar Hamlin showed people his heart back in 2020 when, even before he got the big paychecks, he started “The Chasing M’s Foundation. He wanted a way to give back to the community in which he was raised.

Hamlin set up a GoFundMe campaign to raise funds for the foundation’s first initiative, providing toys for underprivileged children at Christmas. He set a goal of $2,500 and distributed $3,000 worth of toys that year, as seen on a YouTube video that he posted.

As of Tuesday morning, more than $3 million have been raised smashing the modest $2,500 goal. Most of the donations were $5 to $25 dollars, so you can imagine how many people have participated in this way of showing the athlete respect and love.

Here is what he wrote on that page, “As I embark on my journey to the NFL, I will never forget where I come from and I am committed to using my platform to positively impact the community that raised me.”

Late Monday night, it was reported that Hamlin’s vitals were “back to normal.” However, his overall health and NFL future are still up in the air.

It looks like that heart of Hamlin’s will continue to be strong.

And if you’re interested in donating to the GoFundMe, check it out here.