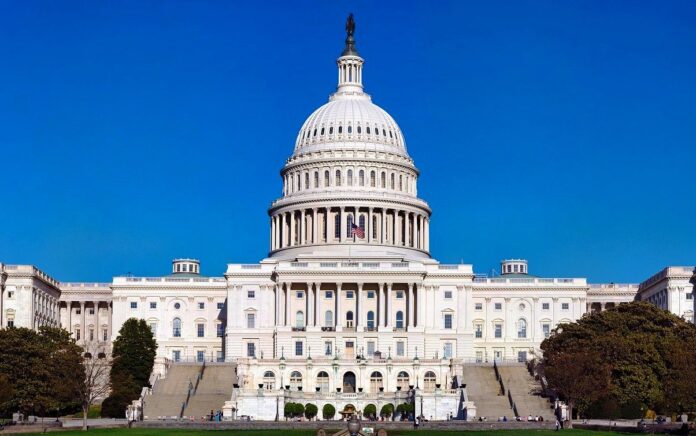 Facial recognition software seems to have answered the question being asked by conservatives across the nation: were the supporters of President Donald Trump really behind the violent entry into the Capitol Building in Washington D.C. on Wednesday.

The nation’s capitol was inundated with what some are saying was a crowd of more than two million protesters who rallied to make known their displeasure over a failed and fraudulent election.

Wednesday’s protest, however, got wildly more exciting when windows were broken and protesters entered the capitol rotunda and the chambers and offices of high-ranking congressmen and women.

However, the actions by those who actually broke windows, sat in official seats, and faced down Capitol Police who had drawn their guns, seemed suspiciously more like the Antifa we have all gotten to know and not-love over the last few years.

According to a retired military officer, an IT firm used its software to do facial recognition of a group of protesters, and two of the men inside the Senate chambers turned out to be known Antifa members, The Washington Times reported.

“Trump supporters say that Antifa members disguised as one of them infiltrated the protesters who stormed the U.S. Capitol on Wednesday,” the times reported. “A retired military officer told The Washington Times that the firm XRVision used its software to do facial recognition of protesters and matched two Philadelphia Antifa members to two men inside the Senate.”

Included with their claim was a photo of the two men that The Time believes supports the claim.

“One has a tattoo that indicates he is a Stalinist sympathizer,” the Times reported. “Many Antifa members promote anarchy through violence and want the end of America in favor of a Stalinist-state. ‘No more USA at all’ is a protest chant.”

Another man identified by XRVision has been known to frequent climate change and Black Lives Matter protests in the Western United States.

“Born in Portland, Oregon, Antifa has mounted a year of violence in that city. The mayor said this week that Antifa is trying to destroy the town and called for tougher police measures,” the Times ported. “Antifa, which is loosely organized nationwide, exports warriors to other towns.

Florida Republican Rep. Matt Gaetz cited the Times article, saying that while he was unsure if the claims had been verified, he believed Antifa well might be the heart of the vandalism done.

“I don’t know if the reports are true, but The Washington Times has just reported — with some pretty compelling evidence from a facial recognition company — showing that some of the people who breached the Capitol today were not Trump supporters,” Gaetz said according to The Hill.

“They were masquerading as Trump supporters, and in fact were members of the violent terrorist group Antifa.”

Rep. Paul Gosar (R-Ariz.), who was one of the congressmen who objected to the Electoral College results showing former Vice President Joe Biden won the election had a similar take., also blamed Antifa and suggested a “false flag” operation, according to The Washington Post.

“This has all the hallmarks of Antifa provocation,” Gosar wrote on Twitter.

Former Alaska Gov. Sarah Palin (R) also weighed in, saying in an interview on Fox News that “a lot of this is Antifa folks.”

“Keep in mind, we don’t know who all were the instigators in this, of these horrible things that happened today,” Palin said. “A lot of this was the Antifa folks, I’ve been sent pictures of the same characters who were captured on images today storming the Capitol as had been at protests on the other side of politics earlier in the summer.”