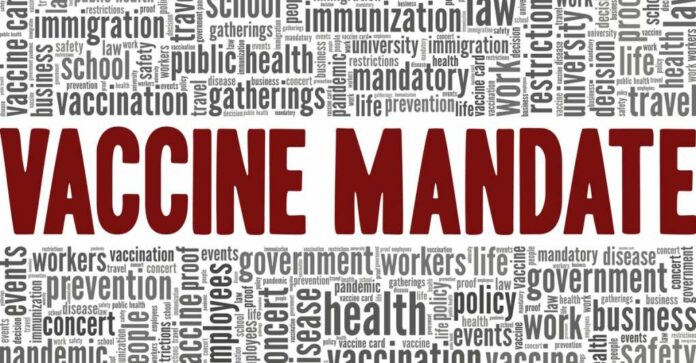 The memo rescinds the vaccine mandate for both active duty, National Guard, and Reserve forces.

Austin had ordered, on August 24, 2021, that all forces be fully-vaccinated or else face discharge from the military. At least 8,400 troops were discharged, with several tens of thousands who had applied for accommodation requests — either medical, administrative or religious. Tens of thousands more reservists — up to 60,000 by some estimates — also remained unvaccinated and were on the chopping block, exacerbating a recruiting crisis.

Troops also successfully sued to temporarily enjoin the Air Force, Navy, and Marine Corps from taking action against anyone who had applied for a religious accommodation, and the Pentagon inspector general indicated in a memo to Austin that blanket denials of religious accommodation requests potentially ran afoul of the law.

Some troops also fought the mandate on the basis that the DOD can only mandate FDA-approved vaccines, and that the DOD was administering a different version that was still under Emergency Use Authorization and not FDA-approved. A then-DOD official, Terri Adirim, dubiously argued in a memo that the two vaccines were interchangeable.

Still, the Biden Pentagon refused to consider rescinding the policy until Republicans in the House and Senate fought to have it rescinded via the yearly defense policy bill known as the National Defense Authorization Act, which authorizes defense spending and policies every year.

The Pentagon said in a statement accompanying the release of the memo: “This rescission requirement was established by the James M. Inhofe National Defense Authorization Act for Fiscal Year 2023.” It added:

The health and readiness of the Force are crucial to the Department’s ability to defend our nation. Secretary Austin continues to encourage all Service members, civilian employees, and contractor personnel to get vaccinated and boosted against COVID-19 to ensure Total Force readiness.

The memo left open the possibility of troops still getting separated for not being vaccinated, however.

It said: “No individuals currently serving in the Armed Forces shall be separated solely on the basis of their refusal to receive the COVID-19 vaccination if they sought an accommodation on religious, administrative, or medical grounds.”

It said that the military would remove adverse actions for those individuals that were solely associated with denials of those requests, including potentially career-ending letters of reprimand.

It also said the military would cease any ongoing reviews of current service members’ accommodation requests.

The memo also indicated that the DOD would continue to take action against unvaccinated service members:

Other standing Departamental policies, procedures, and processes regarding immunization remain in effect. These include the ability of commanders to consider, as appropriate, the individual immunization status of personnel in making deployment, assignment, and other operational decisions, including when vaccination is required for travel to, or entry into, a foreign nation.

It said the Under Secretary of Defense for Personnel and Readiness would issue additional guidance to “ensure uniform implementation” of the memo. In recent days, the Army and Coast Guard had issued guidance, only to retract it within hours.

Republicans have promised to take up the issue of reinstatement of discharged troops with back pay in 2023.