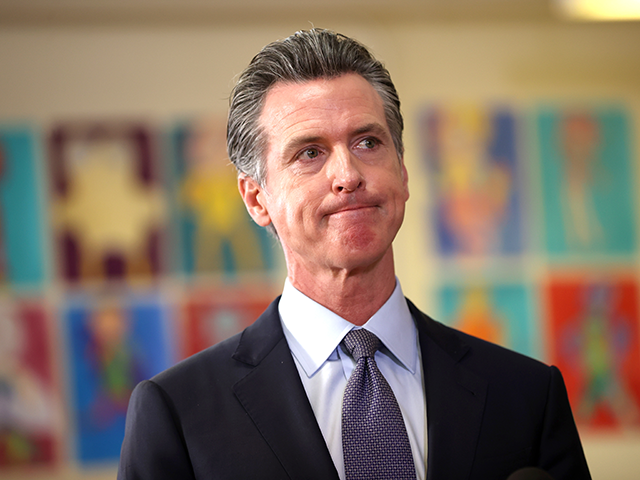 The new law, which went into effect this month in California, states:

Existing law establishes the Commission on Peace Officer Standards and Training within the Department of Justice to perform various functions involving the training of peace officers. Existing law requires peace officers in this state to meet specified minimum standards, including, among other requirements, being at least 18 years of age, being of good moral character, as determined by a thorough background investigation, and being either a citizen of the United States or a permanent resident who is eligible for and has applied for citizenship, except as prescribed. [Emphasis added]

This bill would provide that those standards shall be interpreted and applied consistent with federal law and regulations, as specified. The bill would remove the provision that requires peace officers to either be a citizen of the United States or be a permanent resident who is eligible for and has applied for citizenship, and would instead require peace officers be legally authorized to work in the United States, and make conforming changes. [Emphasis added]

In effect, the law allows recently-arrived border crossers — released into the U.S. interior and given work permits by President Joe Biden’s administration — to secure jobs in California as law enforcement officers.

From February 2021 to October 2022, Biden’s DHS has released at least 1.4 million border crossers and illegal aliens into American communities — most of which have been given work permits allowing them to stay in the U.S. while awaiting their immigration hearings.

Most recently, Biden announced a plan that blows open the doors to an even more expansive Catch and Release network at the U.S.-Mexico border, where 360,000 more border crossers will be able to get into the U.S. interior by applying for parole.