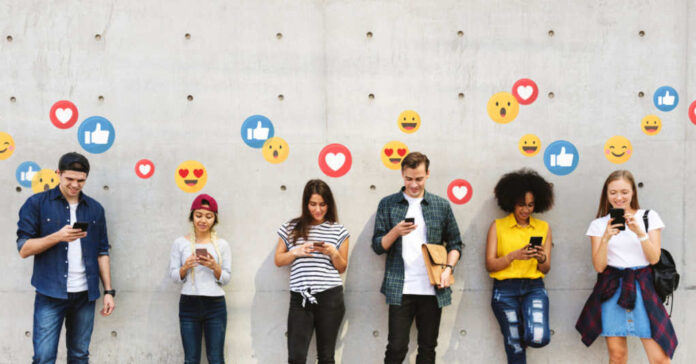 The Seattle public school district has filed a first-of-its-kind lawsuit against leftwing social media companies for the mental health problems they’re been causing to children. In the last 20 years, the Seattle school district has seen a 30% increase in children with anxiety, eating disorders, mental problems, and an inability to concentrate or function in the classroom, which the district blames directly on Big Tech.

The companies being sued are TikTok, Facebook/Meta, Instagram, YouTube, and SnapChat. The 91-page lawsuit was filed in US District Court on Friday.

Tucker Carlson has done segments on this issue on Fox News, prior to this lawsuit. People who work at the tech companies in Silicon Valley don’t send their kids to public school, where mobile devices and laptops are now standard tools in the curriculum. Their kids go to schools where technology is never used. They don’t want their own kids staring at screens all day, and obviously, know something that the general public is not privy to.

The lawsuit alleges that the tech companies are deliberately marketing their harmful products to kids, whose brains are still developing. Schools in the Seattle district have, as a result of the harm done to students, been forced to hire more professional mental health counselors, create lesson plans related to the dangers of social media and cyberbullying, and giving teachers additional training.

All of these things cost the public schools more money, which is why the suit is asking for damages from the tech companies. The suit argues that social media companies curate and direct content to children that is “harmful and exploitive.” Just ask any parent these days and they’ll tell you that is true.

Here’s a quick experiment that any parent can easily reproduce. Watch some videos on YouTube that interest you as an adult. The commercials that run between and during videos will be for adult products and services that interest you. Then, let your child start watching videos that are geared toward children. The commercials will suddenly shift to products, services and propaganda for sexual degeneracy, LGBT weirdness, communism, global warming, and other leftwing brain-destroying nonsense.

The social media companies know who is watching which content in your household, and they tailor the worst and most exploitative content to children. The mind-numbing, stupid videos on TikTok are the perfect example.

Have you seen the Chinese version of TikTok? All of the videos allowed on the platform are wholesome, educational, kid-friendly, and remarkably proud of Chinese heritage and culture. The American version of TikTok is deliberately garbage. It dumbs down our population, bashes American heritage and culture, and promotes a hedonistic, overtly sexualized lifestyle that children should be protected from. Pushing this garbage on our kids in order to destabilize America is part of China’s master plan.

The Seattle lawsuit also alleges that the tech companies have addicted children to “positive feedback loops of excessive use and abuse of Defendants’ social media platforms.”
A Facebook whistleblower released internal documents in 2021 that received almost no media coverage. The company knows through its own internal research that its Instagram platform is harmful to kids. “Influencers” cause teens to have low body self-image, which causes them to turn to eating disorders and thoughts of suicide. The whistleblower proved that Facebook knows this and hides the research from the public.

The Seattle school district’s lawyers may have finally found a legal way to get at the leftwing social media companies by sidestepping around their Section 230 protections. Time will tell as the case plays out in court. In the meantime, why didn’t any Republican governors or attorney generals think of this approach? Why is it left up to a Democrat Party-supporting school district to sue Big Tech over this problem that everyone knows is very real?