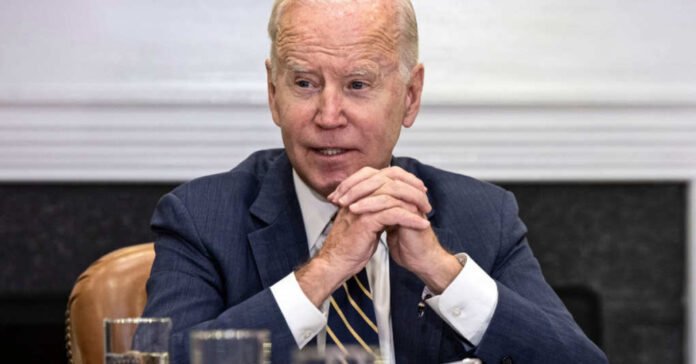 Well, that’s embarrassing. After the Democrat media complex insisted back in August that President Donald Trump was guilty of treason for having classified documents at his Secret Service-protected home, it turns out that Joe Biden was caught with stolen classified documents at a private office. We also know that the stolen documents were discovered before the 2022 midterm elections, but their existence was hidden until this week.

No matter what sin the Democrats accuse the Trumps of committing, you can always rest assured that they are guilty of committing a sin 1,000 times worse. It happens every single time. The psychological name for this brazen and transparent form of accusation is known as “projection,” which is a term you see used on Twitter all the time.

Trump was accused of Russian collusion, while Hillary Clinton was literally colluding with foreign and domestic spies to try to steal the 2016 election. Trump was accused of having an affair with Stormy Daniels that turned out to be fake news, while Congressman Eric Swalwell (D-CA) was caught having an affair with a Chinese spy who fled the country when she was outed. Donald Trump, Jr. was accused of sometimes being a heavy drinker when he was in college. Ladies and gentlemen, may we introduce you to Mr. Hunter Biden? And so on.

President Trump has been falsely accused of so many crimes by now that most of us just shook our heads in disgust back in August. We instantly recognized the FBI raid at Mar-a-Lago for exactly what it was: Fake news, and a banana republic-style raid on Joe Biden’s main political opponent for nakedly partisan reasons.

We were assured that since Donald Trump had classified documents at his home, locked in a secure room in the basement, he was guilty of treason. Democrats insisted that Trump was probably trying to sell the nuclear codes on Craigslist. And since treason is a death penalty crime, you know what we do to those people, right?

But so what? Everyone knows that presidents are the ultimate arbiters of, and have plenary power over, the declassification of all documents. Barack Obama took 3 million pages of classified documents with him when he left the White House, and we all know that none of those will ever see the light of day again.

The situation with Joe Biden is different, however. Vice presidents don’t have any declassification authority, and they’re not supposed to take any classified documents with them when they leave office. The documents that were found at the Penn Biden Center for Diplomacy and Global Engagement – Biden’s fake think tank at the University of Pennsylvania in the days leading up to the 2022 elections.

For Joe Biden to have those classified documents in a private office, it means that he stole the documents while he was serving as Obama’s vice president. And the location where he was keeping the stolen documents is especially interesting.

The Communist Chinese government has “donated” more than $100 million to the University of Pennsylvania as part of its ongoing efforts to steal American intellectual properties and research. What was in those classified documents that Biden stole and was hiding in his private office? And did the Chinese pay good money to the university to see those documents? Because that would be the literal definition of treason.

Those are questions we’ll never know the answers to, obviously. The corrupt Department of Justice is never going to be treating Joe Biden the same way that they’ve treated America’s real President, Donald J. Trump. There won’t be any raids at Joe Biden’s mansions in Delaware to see what other classified documents he stole when he was vice president.

And if you think the raid of Mar-a-Lago was just another cynical election ploy by the Democrats, you’re correct. Because that’s more projection from the Democrats. The Department of Justice knew about Joe Biden’s stolen classified documents at UPenn before the elections – but we’re only finding out about them just now.