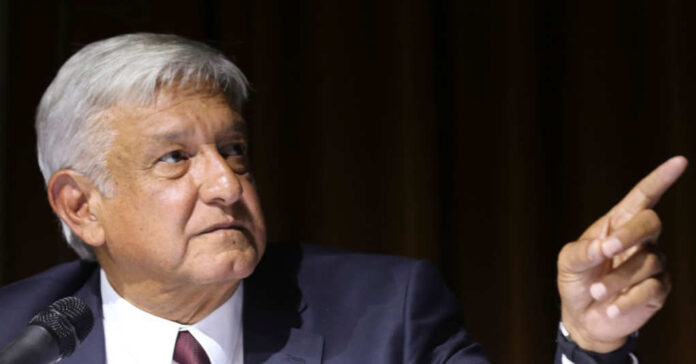 The southern border has been a nightmare. With the entire Biden administration dismissing it, it’s no wonder why we’ve seen tens of thousands of immigrants cross the border every month.
Combine that with DHS not doing its job, most of the immigrants are being released into the interior of the US without being vetted or tracked.

And you know what? Biden is thrilled. And so is the president of Mexico.

One of the most significant conversations was what Biden referred to as the “greatest migration in human history.”

Now, many would be concerned about this level of migration – especially when the US is unable to provide for actual Americans. We don’t have the budget to handle this kind of migration. Those who are migrating rarely have the financial means to support themselves.

Obrador was quick to point out that Biden is the first president in a LONG time not to build a portion of the border wall – and thanked the president.

Of course, the Mexican leader is thanking Biden. Mexicans can cross easily so they can lead a better life in the US and even send funds back home to family in Mexico. It’s a win for Mexico, yet, it’s a loss for many Americans.
Biden wants to talk about an interconnected world. He commented, “We cannot wall ourselves off from shared problems. We’re trying to make it easier for people to get here.”

Well, there you have it. The Biden administration has once and for all admitted that they are trying to make it easier for immigrants to invade our country.

And exactly what are these shared problems that Biden wants us to have with Mexico? Drug overdoses? Crime? Human trafficking? Because that’s what many of the immigrants from south of the border bring to us.

Now that we’ve heard that Biden and the rest of his administration actually want to promote human migration into the region, we’re doomed. That is, unless we can get Biden out quicker than 2024.