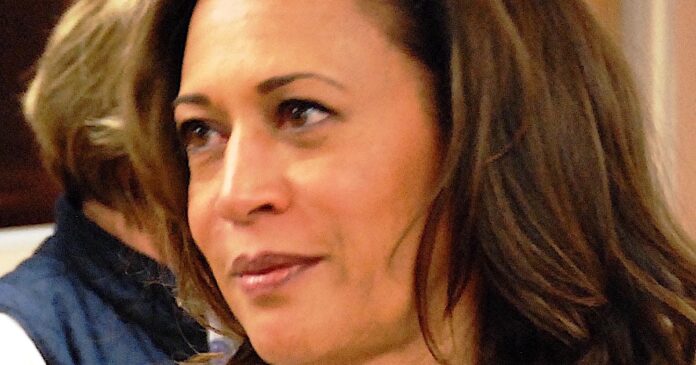 Kamala Harris has been criticized for a story she told that appears to have been lifted from Civil Rights icon Dr. Martin Luther King Jr.

The Daily Wire reported that Twitter became abuzz on Monday with an accusation that Harris told a story that was recounted in an early October Elle interview where she seemed to be the star of a story strikingly like one of MLK’s famous inspirations.

“Senator Kamala Harris started her life’s work young,” Elle’s glowing profile began. “She laughs from her gut, the way you would with family, as she remembers being wheeled through an Oakland, California, civil rights march in a stroller with no straps with her parents and her uncle. At some point, she fell from the stroller (few safety regulations existed for children’s equipment back then), and the adults, caught up in the rapture of protest, just kept on marching. By the time they noticed little Kamala was gone and doubled back, she was understandably upset. ‘My mother tells the story about how I’m fussing’ Harris says, ‘and she’s like, ‘Baby, what do you want? What do you need?’ And I just looked at her and I said, ‘Fweedom.’”

While it would be difficult to pin down an event such as the one described by Harris, it’s not hard to recall the story that seemed so similar to Harris’, which was pointed out via Twitter by Maclean’s contributing editor Andray Domise noted how closely Harris’ childhood tale resembled a story King told Playboy more than half a century ago, according to The Daily Wire.

During the interview with Alex Haley, King told his interviewer about what inspired him to take on the burdens of the Civil Rights movement, recalling the story of a small child, much like the one in Harris’ story, who reportedly made a comment seemingly far beyond her tender years:

“I never will forget a moment in Birmingham when a white policeman accosted a little Negro girl, seven or eight years old, who was walking in a demonstration with her mother,” King said in the interview. “What do you want?” the policeman asked her gruffly, and the little girl looked him straight in the eye and answered, ‘Fee-dom.’ She couldn’t even pronounce it, but she knew. It was beautiful! Many times when I have been in sorely trying situations, the memory of that little one has come into my mind, and has buoyed me.”

King’s story was nothing if not inspirational. It’s part of a historical figure that made it even more impactful, reminding people that many of us will never know what impact our words and actions, even speaking the truth under unimaginable circumstances, can have on the future.

Harris, however, seems to be much more focused on her own advancement, persistently putting herself at the forefront of the Civil Rights movement, even attempting to profit from it. It wasn’t very long ago that she weaponized her activism when running against her now running-mate, former Vice President Joe Biden.

“In June 2019, Harris jabbed Biden for his opposition to forced integration of public schools through busing decades ago,” The Daily Wire reported. She referenced the former VP’s willingness to work with notoriously segregationist former Democratic Sens. James O. Eastland of Mississippi and Herman Talmadge of Georgia.

“It was not only that, but you also worked with them to oppose busing. There was a little girl in California who was part of the second class to integrate her public schools and she was bused to school every day,” Harris said.

“That little girl was me,” Harris added. To give the statement a little kick of emotion, her campaign immediately tweeted a ready-to-go childhood photo of her in pigtails, staring intensely into the camera. The campaign was also selling $30 t-shirts with the image of the little girl on the front before the debate was even over.

Was Harris telling the truth? Did she actually have anything to be from as a child in a stroller? Does a kid in a stroller understand what freedom really is? It’s hard to say for sure, but what isn’t hard to say is how very convenient that story would be. It’s also easy to see that if the woman who told it ends up in office none of us may ever have freedom or “fweedom” ever again.