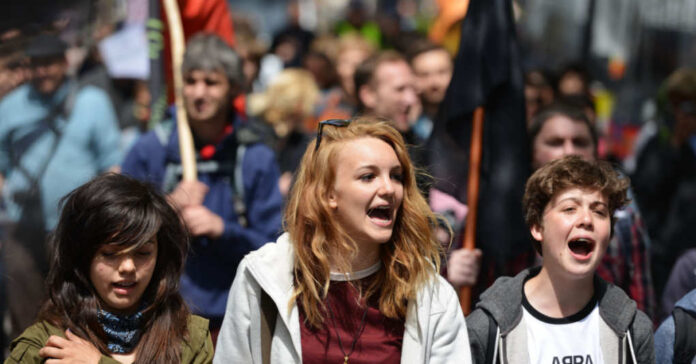 Over the last 20 years, the woke movement of the liberal left has spread across the globe. While their socialist-loving agenda has been flying off and on the radar since the late 60s, it’s only more recently become so pervasive on the news and in the public eye. Many good parents have been watching their children being pulled in by their unfulfilled promises and fake ideals and nothing they said could convince them this was wrong.

Now, the United Kingdom has had enough. With protests coming frequently and for little to no reason, they have decided it’s time for their police to step up. Set to hit the table on January 16th, the new Public Order Bill will give police more latitude with the term “serious disruption,” and in turn give their law enforcement “absolute clarity” over interfering with a protest. As it stands they already have increased permissions during “guerrilla” style protests.

Prime Minister Rishi Sunak provided a written statement on January 15th. “The right to protest is a fundamental principle of our democracy, but this is not absolute. We cannot have protests conducted by a small minority disrupting the lives of the ordinary public. It’s not acceptable and we’re going to bring it to an end.”

This change comes in response to the latest protests in the UK. Environmentalists have descended on the island to protest climate change, and they have been increasing the intensity of their attacks. Recently the M25 found itself at a complete standstill because of these protests. Listed as the busiest road in the UK, and better known as the London orbital motorway, the protests thought shutting this down as well as putting the capital in gridlock would be a proper way to get their message across.

With the changes coming under this latest bill, police will be allowed to end these protests before they even begin. By being allowed to zoom out and see the “total impact” of a series of protests instead of taking them one at a time. This change can allow them to prevent such intrusions, especially with so many of their protesters coming from other countries to join forces.

Opponents of the bill are worried that it gives the police too much power and goes too far. A major concern is the creation of a new criminal offense for people who try to lock themselves to objects or buildings. This goes along with allowing the courts to restrict the protester’s freedoms if “serious disruption” is expected from them.

Various protest groups across the UK and Europe are upset about this bill. The rights group Liberty UK has been campaigning against the bill and takes it as “an attack on people’s ability to stand up to power.” They see this as a bill that can easily break their protests and stop them from getting the attention they so desperately want.

Yet, Metropolitan Police Chief Mark Rowley welcomes this change and applauds the clarity it would provide his officers. In a statement, he shared his sentiments about the bill. “We have not sought any new powers to curtail or constrain protest, but have asked for legal clarity about where the balance of rights should be struck. Providing such clarity will create a clearer line for the police to enforce when protests impact upon others who simply wish to go about their lawful business.”

With the Black Lives Matter protests, the Jan 6th protests, and hundreds of others, this is something the US could use as well. Yes, the wheels of justice do turn here in the US, but what will make them turn is unclear to many. While many of the protesters take to the streets claiming they don’t care what happens to them, as soon as law enforcement steps up they want to claim their rights were violated. A bill like this would provide both sides clarity, as well as help curb some of the more violent protests.