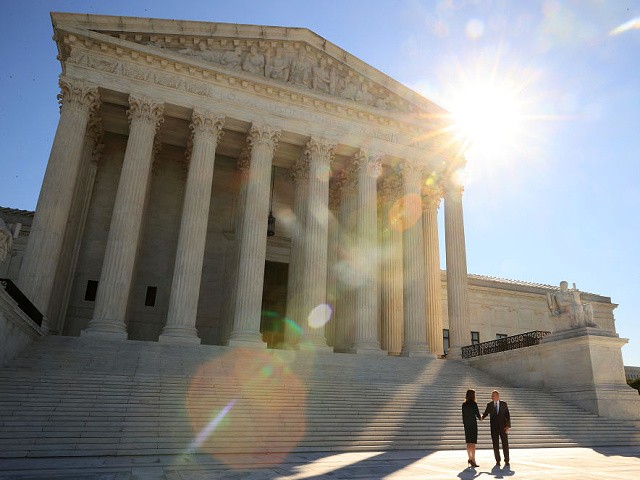 Politico published a leaked draft opinion for Dobbs v. Jackson Women’s Health Organization on May 2, prompting protests and threats of violence to conservative justices at their own homes.

According to the Family Research Council, more than 100 attacks have occurred on churches, pro-life organizations, and pregnancy resource centers since the decision was leaked in early May.

The Court described the leak as “one of the worst breaches of trust in its history” and a “grave assault on the judicial process.”

Such a leak is unprecedented, and the Supreme Court conducted an internal investigation that determined that “too many personnel have access to certain Court-sensitive documents. The current distribution mechanisms result in too many people having access to highly sensitive information and the inability to actively track who is handling and accessing these documents.”

The investigation by the marshal of the Supreme Court included a forensic investigation of laptops and phones but found “no relevant information from these devices.” The marshal’s office determined that 82 employees had access to the opinion and interviewed 97 employees, all of whom denied leaking the opinion.

In addition, the marshal investigated connections between employees and contacts in the media, with a particular focus on Politico. They also followed up on social media claims of who might have leaked the decision, but “investigators found nothing to substantiate any of the social media allegations.”

“Some individuals admitted to investigators that they told their spouse or partner about the draft Dobbs opinion and the vote count, in violation of the Court’s confidentiality rules,” the investigation reads.

Some clerks at the Court have spouses in media, and some ovservers have speculated that the leaker may be former Justice Stephen Breyer clerk Elizabeth Deutsch, who has not only made most of her career out of being involved with the pro-abortion movement, but is also married to a reporter who has shared a Politico byline with the reporter who published the leaked opinion.

Only one week ago, the Wall Street Journal reported investigators had “narrowed their inquiry to a small number of suspects including law clerks, but officials have yet to conclusively identify the alleged culprit.”

While the investigation is not over, it does not appear the marshal’s office will identify a culprit and will merely provide recommendations to the Court on how to not allow this to happen in the future.