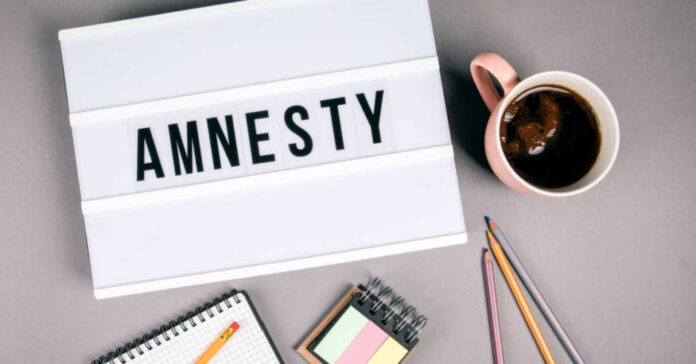 Florida Republican Representative Maria Salazar found herself outside of her element as she appeared in Davos, Switzerland, for the World Economic Forum’s annual meeting. Sitting with Sens. Joe Manchin (D-WV), and Kyrsten Sinema (I-AZ), she chose this forum to push her latest crusade.

While speaking to Americans from Switzerland isn’t easy, she made her point crystal clear. “We need to also give dignity to those people who are in the country and those are the people that I represent. We’re talking about 13 to 15 million people — who are, most of them, Hispanics, I would say 85 percent who speak my language, look like me, and sound like me — who are contributing to the economy of this country and they live in the shadows.”

She’s not completely wrong about her statistics. 13 to 15 million is within the figures we have been able to estimate, and a large majority are Hispanic. Her summation that 85% speak her language, sound, and look like her is a bit overinflated.

Many of them speak Portuguese or a dialect of those languages. We also have a substantial population from Asia, the Middle East, and even Eastern Europe. Then again, that percentage changes depending on what part of the US you are in. In East LA or Miami, she would be completely correct, and probably even underestimating it. NYC or Denver, and that percentage shifts significantly.

She wasn’t done there, though. “So it’s time to seal the border … let’s see who comes in and who doesn’t and then turn around and give dignity, that doesn’t mean a path to citizenship, that means to include them and make them dignified members of our community.” Her bringing this back up is in line with the efforts she and six other Republicans undertook last year.

Their bid to provide amnesty for illegals would provide 10-year work permits for illegals to hold American jobs, and then they could apply for green cards and become permanent residents in the US. This kind of shift would impact the American labor market and would certainly encourage even more illegal immigration. If they think the number coming here and screaming “amnesty” is disturbing, this will completely open the can of worms.

With Salazar taking millions in campaign funds, her largest donors include the real estate developers who want to build housing. A group of Wall Street-linked firms that seem to have this belief that a boom in the number of consumers and available workers is what can save the economy is also on the list. These special interest groups are clearly guiding her agenda and how she wants to look at the situation.

Having more illegals running, jumping, and swimming across the border is not the answer to fixing the immigration problem here in the US. Neither is giving them amnesty. It won’t solve the problem, and it becomes the book “If you give a mouse a cookie” on a global scale. People like Salazar don’t see the problems that come from illegal immigration, they don’t see the struggle it creates or how the reality of their decisions impacts American lives.

While it is certainly easy to have sympathy for the illegals and what they are running from, it becomes a question of why not stop at the first safe place? With many of the recent illegals coming from places like El Salvador, Venezuela, and Argentina, they all could have easily stopped in and gotten amnesty in Mexico.

That wasn’t good enough for them, so they pressed forward to the US. This violates the previous agreements they have reached with other countries, and the US does not need to legally take them in or give them amnesty. Yet President Biden and his supporters are more than happy to hand it over.

Plans like Salazar’s will turn the US into a revolving door where laws don’t matter. At this point, if we do what she wants, we can drop the passport requirements at the Canadian and Mexican borders. It’s not like they would be needed anyways.