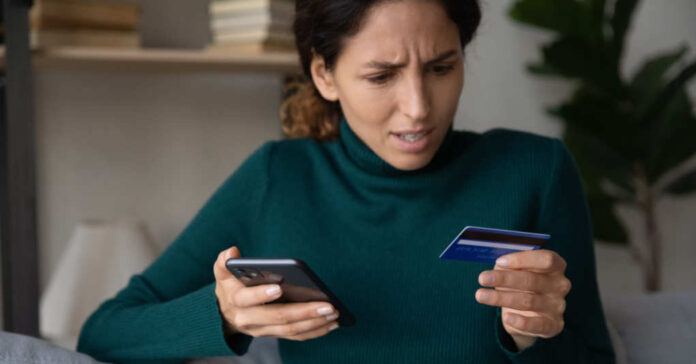 Technology is great, right? I mean, who would have thought 100 years ago, or even 50, that we would now have the ability to talk to our loved ones face to face and yet be thousands of miles away in location? Who would have thought that we could talk through our cars? And who would have imagined you could pay someone legitimate money on your phone through an app?

To put it lightly, we’ve come a long way. And it’s a great thing – at least most of the time.

But as some individuals learned recently, it’s only great when it works how it’s supposed to. Things don’t just get annoying when it fails, or there are glitches in this near-miraculous technology. They can quickly become a life-changing mess.

As he recently shared, he received a message on his phone from his bank that he had a negative balance. And not a measly one, well at least not measly to a great many Americans. According to the notification, his Bank of America account was down some $2,060.44 in the negative.

According to him, this wasn’t accurate at all. He’d been paid recently and should have had significantly more than that in his account. So naturally, he wanted answers and so tried to contact the bank’s customer service number.

But, as his tweet also indicated, when he tried to contact Bank of America about the situation, he couldn’t get through to anyone.

And he wasn’t the only one.

Another Bank of America customer tweeted that she had had a “large Zelle transaction” posted to her account just days before, which she had used to pay a few bills. But now, that transaction was gone for whatever reason, leaving her “extremely in debt in my checking.” And just like the above-mentioned Twitter user, she couldn’t get ahold of anyone at the bank.

Apparently, hundreds more users woke up to or periodically got similar messages about their Bank of America accounts being in the negative when they shouldn’t have been.

So what went wrong?

Well, apparently, it was a problem with the popular Zelle app.

One Twitter user contacted Zelle Support, which also seemed to be having issues. But at least they got back to him. Responding on Twitter, the company noted that “The Zelle App & Network are up and running,” indicating that it may not have been before. They also stated that they were aware of the issues between their platform and Bank of America’s “when sending and receiving payments.”

However, Zelle Support also said that any additional questions should be addressed with Bank of America.

Finally, a representative from Bank of America made a statement in The New York Post indicating that there was a problem with a number of “Zelle transactions made between Jan. 14 and Jan. 17.” According to the bank, those transactions would likely be delayed quite a bit, but would eventually get there “as requested.”

Ok, so the money would eventually get to where it was supposed to be. But what about those who needed access to it at that very moment?

As the first Twitter user I mentioned noted in his post, he was pretty much stuck at home because he needed to put gas in his car and couldn’t at present because of his current and incorrect negative balance.

Then, there is the question about all those negative account balance fees customers incurred. Was the bank going to walk those back? Or was Zelle supposed to take care of them?

Depending on how many transactions occurred for each account, those could have added up quite quickly, costing customers possibly even hundreds more.

In any case, this certainly would have been annoying, if not all-out terrifying, for some. And let’s just say that when it comes to money, most people aren’t all that patient or understanding – take it from someone who’s worked in banking for a number of years.

At least this issue was resolved and, for most, within a matter of a few days.

As I said, technology can be great. But when it doesn’t work, things can get crazy all too quickly.