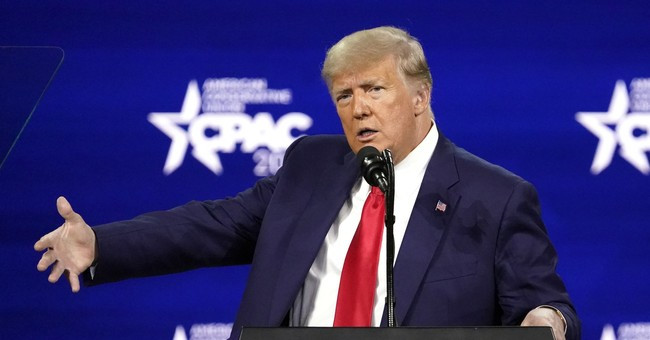 There are just some things that cannot be made up regarding the insanity of the left-wing liberals living in a country they hate passionately. Their constant blaming of Donald Trump for the world’s problems has led to many of their followers coming up with reasons to continue their attacks against the man. And even those attacks are proving to be nothing more than a bunch of jokes because they have nothing they can pin on the man.

Their latest attempt to bring him down happens to be related to the coronavirus. One would think that they would try and sue him over something such severe as mask-wearing or lockdown measures. Things that they have tried to blame him for in the past.

Of all the things that they could have sued him over, the one thing they pick is using terminology that was designed to identify the origin of the coronavirus.

The phrase that these pointless people have found an issue with is the words “China virus.” Donald Trump used these words to help the world understand where the virus originated from.

The term that he chose to use was never meant to be offensive but rather informative. The Democrats do not care. All they want to do is try and hurt the man because he was the force that would turn the tides on their lusting attempts to destroy the country and rob people of their freedoms.

The group that is attacking the former president is suing him for saying “China virus.” This is the man that has survived business lawsuits, two mock impeachment trials, and numerous attempts by the Democrats to look at his tax returns.

One report noted that “Former President Trump has been sued by a civil rights group for calling COVID-19 the ‘China virus’ last year. The federal complaint by the Chinese Americans Civil Rights Coalition (CARC) alleges that Trump’s use of that phrase and similar terms harmed the Chinese American community.”

People from China are the ones that are offended over the terminology. They go on to complain that “Trump’s ‘extreme and outrageous conduct was carried out throughout the pandemic with reckless disregard of whether such conduct would cause Chinese Americans to suffer emotional distress.’”

People are mad that he classified the virus as being accurately from China. And now that their feelings are being hurt months after he is out of office, they want to see some kind of remuneration from the man.

Only a liberal judge could mess this case up. Donald Trump has every right to say what he thinks about the coronavirus. He has the same access to the First Amendment that every other American legal citizen has. He can call the China virus anything he wants to call it.

It did come from Wuhan, China, and the Chinese released the virus on the world. So it stands to reason that the nasty bug should be named after the country it came from. But the Chinese hate anything attached to their name that is negative.

All other variants of the bug are being named after the countries that they are found in. And there is not a person that is crying about having it named after their country.

The Democrats and the communist regime are the biggest babies ever to exist. Anytime a person says something about them that is negative or reveals something of the truth about them, they cry about it. They take to the courts to try and beat it there. But when they fail, they are known to resort to criminal actions to make the person disappear.

Donald Trump did everything right while he was in office and when he left office. The Democrats and the Chinese have never been able to find anything that they could pin on the man. Even the fake stories that they made up never could pin him down.

Trump was a man of impeccable character. The voters in 2016 made the right choice. And that choice ticked the liberals off to the point that they were willing to cheat four years later in 2020. They will fail in the coming years to persuade voters to follow them since they have lied, cheated, and stolen things that were not theirs to have.